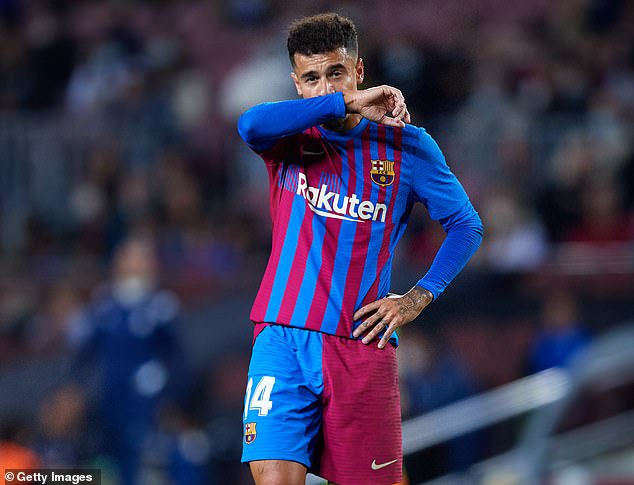 
Philippe Coutinho will snub the advances of newly-minted Newcastle United and reject all offers of a lucrative January move, according to reports.

Coutinho has endured a nightmare spell in Catalonia since arriving from Liverpool in January 2019 as the third most expensive player in football history.

The Brazilian has continually been linked with a move away from the cash-strapped Spaniards, with Newcastle the latest club to be strongly linked.

Now newly owned by the Saudi Arabian public investment fund, the Magpies stand as the wealthiest club in all of world football, despite currently sitting joint bottom of the Premier League table.

A big-money move for Coutinho had been touted, with Newcastle in dire need of star personnel and Barca likewise searching to recoup some of the massive financial outlay they sent to Merseyside almost three years ago.

Yet fresh reports in Spanish publication SPORT claim Coutinho has already made his mind up and will be snubbing any official offers which Newcastle could make once the transfer window reopens.

New Barca manager Xavi Hernandez is said to be keen to see Coutinho play live to work out how he can be best utilised in the side, and the former Liverpool man is now set on staying for at least the remainder of the current campaign.

The report details that ‘no matter how much Barcelona push it, the Brazilian will finish the season normally and, in any case, in the summer they will try to find a solution that is beneficial for all parties.’

Newcastle continue to be linked to a series of big names around Europe, particularly high value who find themselves on the fringes of superstar squads.

Real Madrid playmaker Eden Hazard is another name often linked to St James’ Park and this week fuel was added to the flames after former Belgium forward Marc Degryse said it would be an ideal switch.

‘Hazard has to go to a team in January where they count on him, where they make him important,’ said Degryse told Het Laatste Nieuws via Sport Witness.

‘Newcastle is ideal. All the balls will go to him. If he can keep Newcastle in the Premier League, it could give a new boost to his career.’