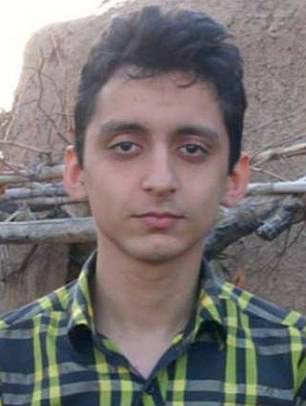 The Justice Department on Thursday unsealed indictments against two Iranian nationals accused of posing as ‘Proud Boys’ and sending threatening emails to Democratic voters as part of a ‘campaign to intimidate and influence American voters.’

The alleged computer hackers sent threatening messages and are accused of spreading disinformation, and ‘obtained confidential U.S. voter information from at least one state election website,’ according to DOJ.

The threats went out to thousands of voters, in what targeted, in what Assistant Attorney General Matthew G. Olsen called a ‘coordinated campaign to erode confidence in the integrity of the U.S. electoral system and to sow discord among Americans.’

The effort attracted publicity in the run-up to the November 2020 election, when law enforcement and intelligence officials held an unusual evening news conference to accuse Iran of orchestrating an email campaign aimed at intimidating Democratic voters in battleground states so they would vote for then-President Donald Trump.

That included a message that purported to be from a far-right group, the Proud Boys, that threatened Democratic voters with physical harm if they didn’t change their party affiliation and vote for Trump.

That press conference came at a time of lingering concern about potential Russian election interference – after U.S. intelligence concluded Russia authorized a hacking operation of Hillary Clinton and the Democratic National Committee back in 2016.

U.S. officials say the goal of the far-reaching influence operation was not to change the results of the election but to sow confusion and discord and create the perception that the results could not be trusted.

The indictment, filed in the federal court in Manhattan and unsealed on Thursday, accuses Iranian nationals named Seyyed Mohammad Hosein Musa Kazemi and Sajjad Kashian of helping orchestrate the scheme. The Treasury Department is also announcing sanctions against the men, their colleagues and the company they worked for.

The defendants are not in custody and are believed still to be in Iran, but officials hope the indictment and accompanying sanctions will restrict their ability to travel.

‘Working with others, Kazemi and Kashian accessed voter information from at least one state’s voter database, threatened U.S. voters via email, and even disseminated a fictitious video that purported to depict actors fabricating overseas ballots,’ said U.S. Attorney Damian Williams for the Southern District of New York in a statement released by the government.

‘The United States will never tolerate any foreign actors’ attempts to undermine our free and democratic elections. As a result of the charges unsealed today, and the concurrent efforts of our U.S. government partners, Kazemi and Kashian will forever look over their shoulders as we strive to bring them to justice,’ said Williams.

As part of the cyber campaign, officials say, the hackers attempted to compromise voter websites in 11 states and successfully downloaded voter information of more than 100,000 people in one state. They also sent what officials described as carefully curated messages to Americans of both major political parties.

The alleged hacking took place in the fall of 2020

Officials unsealed the indictment on Thursday

To Republican officials and people associated with the Trump campaign, the indictment says, the hackers crafted Facebook messages that falsely claimed that Democrats were planning to commit voter fraud. A manufactured video spread through social media platforms purported to show an individual hacking into state voting websites and registering fraudulent absentee ballots. In the case of Democrats, officials say, the hackers sent emails that threated to ‘come after’ voters who didn’t support Trump.

‘This indictment details how two Iran-based actors waged a targeted, coordinated campaign to erode confidence in the integrity of the U.S. electoral system and to sow discord among Americans,’ Assistant Attorney General Matthew Olsen, the head of the Justice Department’s national security division, said in a statement. ‘The allegations illustrate how foreign disinformation campaigns operate and seek to influence the American public.’

According to the indictment, on Nov. 4, 2020 – the day after the election – ‘the conspirators sought to leverage earlier September and October 2020 intrusions into an American media company’s computer networks.’

‘Specifically, on that day, the conspirators attempted to use stolen credentials to again access Media Company-1’s network, which would have provided them another vehicle for further disseminating false claims concerning the election through conspirator-modified or created content. However, because of an earlier FBI victim notification, Media Company-1 had by that time mitigated the conspirators’ unauthorized access and these log-in attempts failed. ‘

While posing as Proud Boys, the group also sent ‘false election messages’ via Facebook to ‘Republican Senators, Republican members of Congress, individuals associated with the presidential campaign of Donald J. Trump, White House advisors, and members of the media,’ according to the indictment. They claimed Democrats were planning to exploit ‘serious security vulnerabilities” in state voter registration websites in order to ‘edit mail-in ballots or even register non-existent voters.’