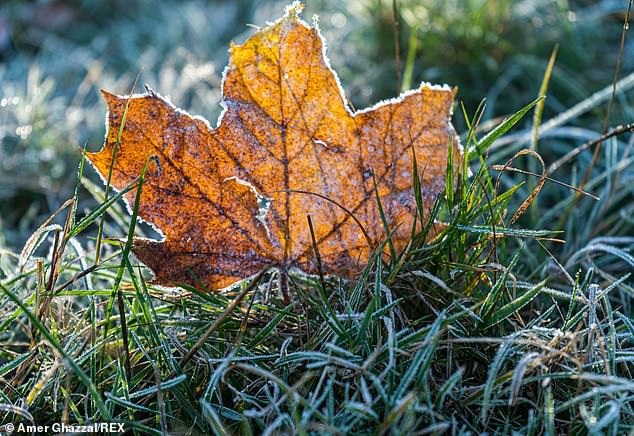 By Michael Powell And Alistair Grant For The Mail On Sunday


Most know from bitter experience that meteorology is far from an exact science, but Britain’s two leading weather forecasting services have given completely contradictory predictions on what we can expect this winter.

The Government-run Met Office has forecast a mild winter, but the BBC’s service predicts it is likely to be cold and harsh.

Experts last night described the opposing long-range forecasts as unparalleled and they risk causing havoc for businesses such as energy suppliers, transport firms, supermarkets and airlines which rely on forecasts to plan ahead.

The Met Office’s three-month outlook from November to the end of January says: ‘A mild three-month period is more likely than a cold one. Consistent with a warming climate, there is a reduction in the chance of cold.’ Its computer forecast model shows a 60 to 80 per cent chance of above-average temperatures across December to February.

But rival forecaster DTN, formerly known as MeteoGroup, predicts the UK is in line for a ‘cold, dry and calm winter’.

The firm, which won the BBC’s multi-million-pound weather contract from the Met Office three years ago, said: ‘This winter is likely to feature a weak polar vortex, bringing increased cold risks from Arctic air masses later in the season. January and February could feature frigid air, similar to last year.’

The Government-run Met Office has forecast a mild winter, but the BBC’s service predicts it is likely to be cold and harsh

MeteoGroup, predicts the UK is in line for a ‘cold, dry and calm winter’

The stark difference has staggered seasoned weathermen who warned that companies could end up misjudging spending decisions worth millions of pounds if they follow the wrong forecast.

John Hammond, who worked for both the BBC and the Met Office and now co-runs forecasting agency Weathertrending, said: ‘It’s meteorological mayhem with huge disagreement on what happens in the months ahead.

‘They are starkly different forecasts and can’t both be right. There are huge implications for customers such as Government, the energy sector, media and a wide range of other industries. Back-pedalling will be required by one of the big boys. Who will blink first?’

The Met Office, which received £28.5 million of taxpayers’ money last year, is the oldest meteorological service in the world and has been providing forecasts to the UK for more than 150 years.

It faced embarrassment in October 1987 when BBC weatherman Michael Fish (pictured) famously dismissed a viewer’s fears before the Great Storm.

It faced embarrassment in October 1987 when BBC weatherman Michael Fish famously dismissed a viewer’s fears before the Great Storm. It was also ridiculed in 2009 after proclaiming the chances were ‘odds-on for a barbecue summer’ only for it to be a total washout.

However, the Met Office is hoping to improve its chances with investment in a new £1.2 billion supercomputer which is expected to be the most advanced machine of its kind dedicated to weather and climate. It will rank among the top 25 supercomputers in the world and be twice as powerful as any other in the UK.

DTN, headquartered in the US state of Minnesota, employs 200 meteorologists around the world. Its parent company bought Dutch-based Meteogroup in 2018 and created the world’s largest private weather forecaster.

A Met Office spokesman said: ‘The Met Office cannot comment on DTN forecasts as we do not have a full “inside” understanding of the methods and techniques they use to produce forecasts.’ DTN did not respond to requests for comment last night.

lIn the more immediate future, a surge of Icelandic air is set to sweep across the country and send temperatures plunging.

With forecasters predicting overnight frosts to arrive within days, there could be snowfall as early as this week.

He warned of heavy snowfall in the North tomorrow, with the cold blast predicted to reach the South by Wednesday night when London could see wintry showers.