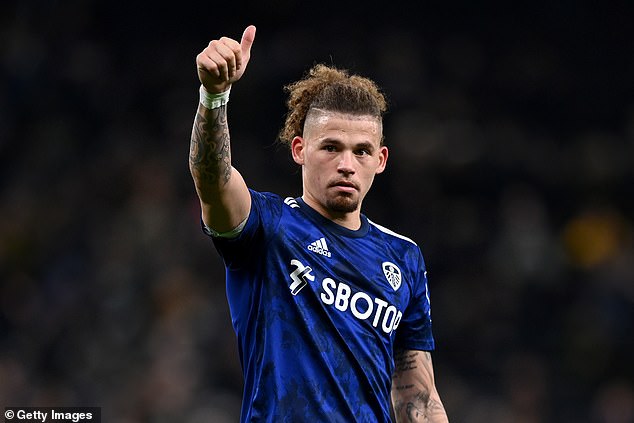 
Kalvin Phillips suffered a scare last weekend when he sustained a head injury on a team night out in London.

The England midfielder joined his Leeds team-mates for an authorised pre-Christmas do following their 2-1 defeat at Tottenham on Sunday.

While partying at nightclub Cirque Le Soir, it is understood Phillips hurt his head and required treatment.

Despite the incident, the 25-year-old was passed fit to train on Tuesday and is expected to be available for Saturday’s match at Brighton.

Phillips’ all-clear will come as a major relief to boss Marcelo Bielsa, whose side sit just two points and one place outside of the bottom three.

Leeds have won just two of their 12 Premier League matches so far this season, drawing five and losing five.