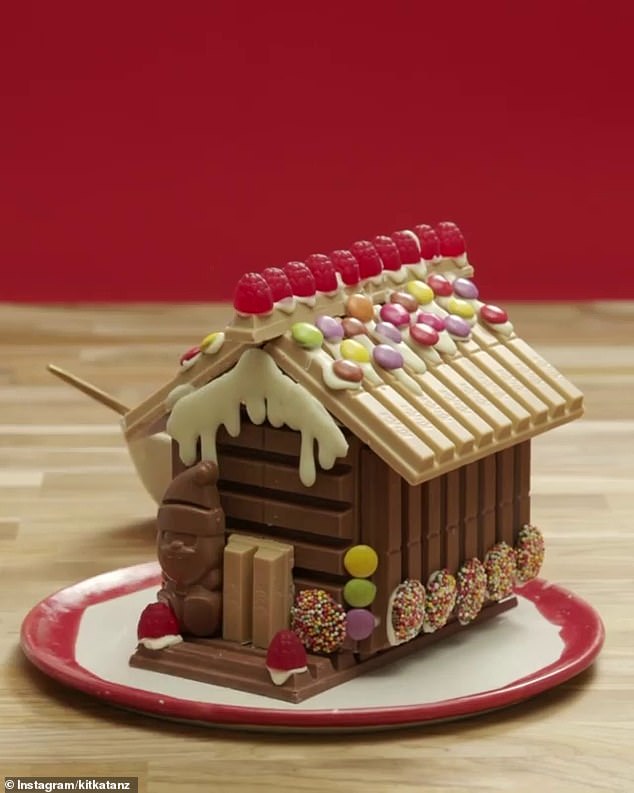 
Australians are once again shunning traditional ginger-bread houses in favour of KitKat’s chocolate Kabins this Christmas.

The Kabins are made using slabs of KitKat before being decorated with lollies and chocolate freckles, similar to the traditional dish.

Creative chocoholics can order the kits, which weigh 2.5 kilos each, for just $45 but they should get in quick if they want them before Christmas.

The kits also come with a 10-step instruction kit – a must for busy parents who want the edible craft to be assembled without causing household chaos.

This is the second year the popular chocolate brand has released the gingerbread house inspired treats.

But it is the first time they have been available to everyone – last year they were only available for pickup in the Melbourne and Sydney CBD.

People were excited to show off their KitKat creations last year

Happy customers have been sharing their creations on Instagram, with chocolate houses appearing on festive dining tables across the country.

Photos of the cabins have drawn dozens of delighted responses.

‘This is far more to my taste than gingerbread!’ one woman wrote.

‘Nice touch with the raspberries, it’s awesome! Take a bow,’ added another.

A third called the idea ‘amazing’ while a fourth said: ‘So clever.’

Another was so taken with the concept, she dreamed of creating a life-size version.

‘I would love to live in that cabin!’ the woman wrote.

‘I don’t know how long I would last, I’d probably be homeless after I ate my way through the walls.’