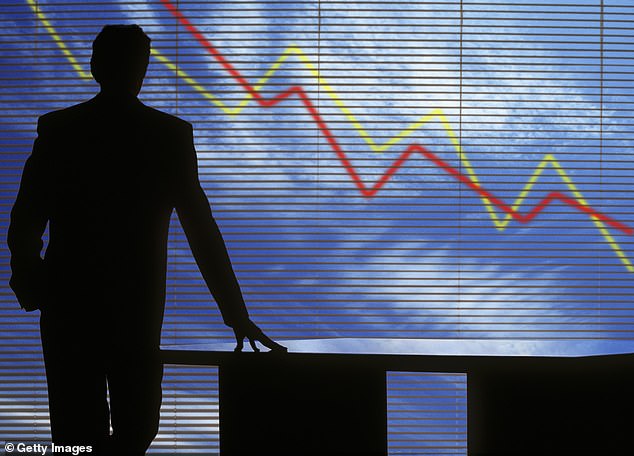 
Chip components supplier IQE has warned it is set to suffer a 40 per cent slump in its annual profit, as the British firm’s smartphone-making clients place fewer orders due to supply chain problems.

The warning from IQE, which makes semiconductor wafers for chips used in Apple products, comes as smartphone makers and other companies globally grapple with supply chain issues, including a shortage of semiconductor chips.

Warning: Chip components supplier IQE has warned it is set to suffer a 40% slump in its annual profit

Executive chairman Phil Smith, said: ‘In the immediate term, broader semiconductor market shortages have softened demand in some supply chains but we believe these effects to be temporary.’

IQE expects its adjusted core profit for the year to come in at around £18million with revenue of £152million, compared with £30.1million and £178million last year, respectively.

IQE had said in September its adjusted core profit would be similar to prior-year levels on a constant currency basis.

Russ Mould, investment director at AJ Bell, said: ‘With global silicon chip sales setting new all-time highs, and stories of shortages still commonplace, investors are understandably disappointed with IQE’s latest trading update, which implies that sales and profits will undershoot management’s prior forecasts by 8 per cent and 17 per cent, adjusting for currency movements.

‘On stated basis, sales and profits now look set to drop by 15 per cent and 40 per cent respectively this year.

‘Currency movements have something to do with the weak numbers.

‘But the real blows are lower-than-expected global sales of fifth-generation (5G) mobile telecoms network infrastructure and emerging signs of slackening demand in the smartphone market, which may be related to supply-chain disruption and chip supply shortages elsewhere.

‘This goes to show that IQE is far from immune to global trends, even if the Cardiff-headquartered company tends to march to its own beat.’