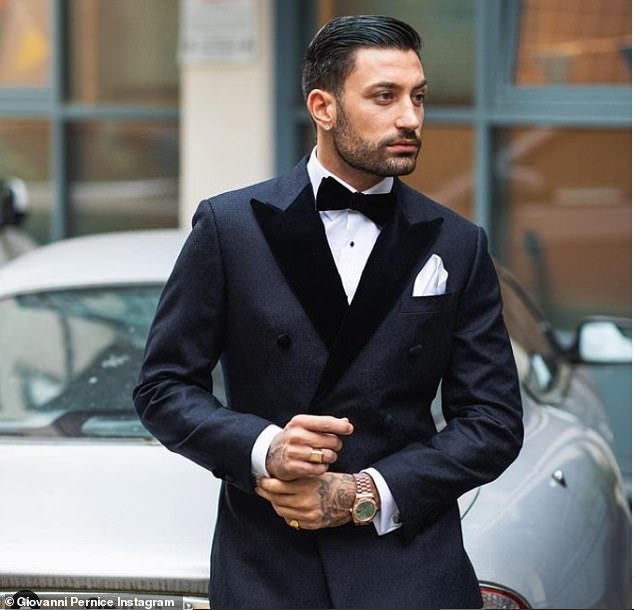 By Millie Payne For Mailonline

It had been claimed over the weekend that the professional dancer, 31, and the Made In Chelsea star, 26, had been enjoying secret meet ups.

Yet the Strictly Come Dancing star penned a lengthy yet playful message to his 677,000 Instagram followers on Sunday in which he insisted that he was focusing more on dancing than his love life.

‘It’s news to me that I am dating, didn’t know anything about it. At the moment, as you know it’s all about dance dance dance which is wonderfullll darling,’ he penned.

The Italian charmer, who is the favourite to lift this year’s Strictly glitterball with Rose Ayling-Ellis, added: ‘That’s the reality, no drama here.’

Setting the record straight: The professional dancer, 31, and Made In Chelsea star Verity, 26, (pictured), were said to have been enjoying secret meet ups

‘No drama here!’ The Strictly Come Dancing star penned a lengthy yet playful message on Sunday in which he insisted that he was focusing more on dancing than his love life

A source told The Sun: ‘Giovanni has fallen head over heels for Verity.

‘They are smitten. He’s been training really hard, but has made time for her. They’re very sweet together.’

Maura is currently on holiday in the Maldives but has been looking for love as she was recently spotted on celebrity dating app Raya.

Exes: The new romance reports come just a month after Giovanni split from Maura Higgins – who is currently on a heartbreak holiday in The Maldives – after a brief relationship