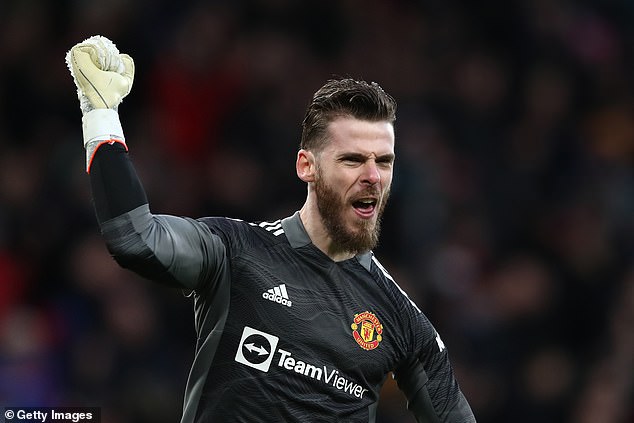 David de Gea will remain Manchester United’s No 1, confirms Ralf Rangnick, with interim coach open to Dean Henderson or another back-up keeper going out on loan in January


Ralf Rangnick has confirmed David de Gea as Manchester United’s No 1 goalkeeper and says he is open to letting any unhappy players go out on loan in the January transfer window.

De Gea has re-established himself as United’s first-choice keeper after sharing the duties with Dean Henderson last season.

Henderson made only his second start of the campaign against Young Boys in midweek before Rangnick gave summer signing Tom Heaton an opportunity in the second-half.

United also had Matej Kovar on the bench while veteran Lee Grant completes the list of goalkeepers on the books at Old Trafford.

Henderson has made no secret of his desire to be No 1 to enhance his prospects of playing in goal for England, and may seek a move in January or at the end of the season.

Rangnick will listen to any players who want to leave in search of regular football but warned that he will not leave United short of cover for the rest of the season.

‘We have quite a few top goalkeepers,’ he said the interim manager. ‘We could see that against Young Boys, both goalkeepers did well who played.

‘With David de Gea we have a top goalkeeper as No 1. This is a position we have a minimum of three if not four or five good goalkeepers. We will see what the situation will be like in the winter.

‘There might be one or two of them wanting to go on loan somewhere but we also have to bear in mind we have three competitions in the next six months – Premier League, FA Cup and Champions League – and we definitely need three top goalkeepers to make up for a player being injured or suspended.

‘I got to know the players better this week. I saw most of them play in two games and four or five training sessions this week, but it’s still too early to speak about what might happen in the winter transfer window.

‘If I look at the number of players we have it’s still a big squad. We definitely don’t have not enough players.

‘We also need to make sure that players want to stay here. If they are see not getting enough game time here it might make sense to speak individually with the players and see if a loan deal might make sense, but now it’s still too early to speak about that.’