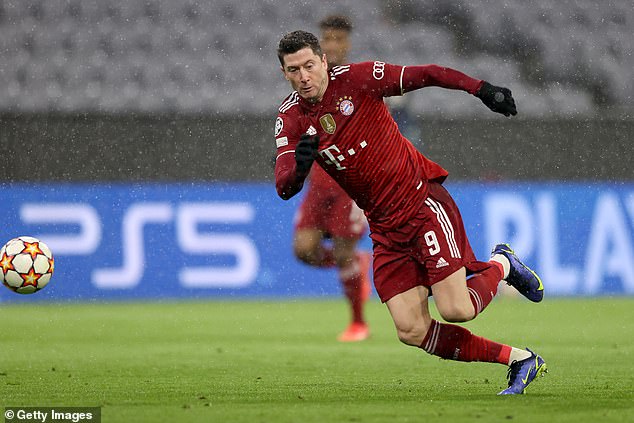 
UFC superstar Khabib Nurmagomedov has once again weighed in to football’s big talking points and revealed who he believes should have beaten Lionel Messi to the Ballon d’Or.

Last week Messi received football’s biggest solo prize for a record-breaking seventh time, to be crowned the best footballer on the continent.

Much criticism was poured on the awards ceremony, given the calibre of some of the players who missed out.

Robert Lewandowski was the worthy recipient of the Ballon d’Or, says Khabib Nurmagomedov

Many pundits and fans alike believed this year’s award would go to Bayern Munich’s Robert Lewandowswki for his relentless goalscoring expolits, and Khabib was very much in agreement.

‘I would give it to Lewandowski or Benzema. One of them. Lewandowski,’ Nurmagomedov said, as report the Mirror.

‘I think. Last three years, he is the best football player.

‘We can just look at his results. What he does. He has won the Champions League. He has scored more than 120 goals last two years. For the national team and club.

‘It is an amazing result. For the entire football history, I cannot remember, we can name a pair of players who scored 120 goals over two years.

Eventual Messi had another huge year for club and country however, helping Argentina pick up their first major trophy after years of near misses as they lifted the Copa America.

It is not the first time Khabib has been rather outspoken. In June he revealed he had plans to enter professional football, following his retirement from the world of mixed martial arts.

Speaking during a live Facebook Q&A, the Russian fighting superstar had said: ‘A lot of football clubs, they offer me [a contract]. But I have to, a little bit, become football shape. Because football shape is a little bit different than MMA [shape].

‘When you have to fight in MMA and you have to play in football, these are two different [things]. But I don’t know [if I’ll play professionally.

‘If some clubs offer me [a deal] and they make me an interesting [offer], I’m going to accept this.’