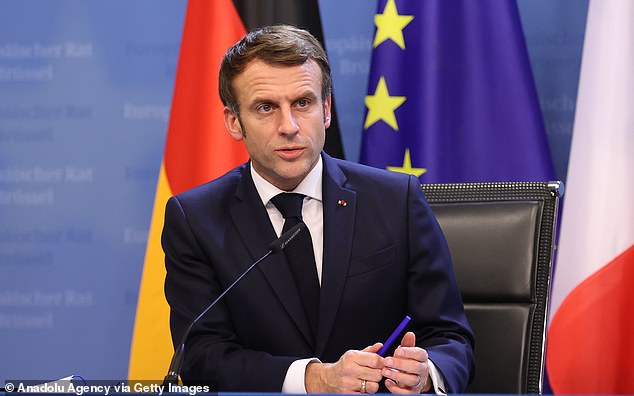 By James Franey In Dunkirk For The Daily Mail


France last night vowed to sue Britain within days as the long-running dispute over fishing licences hit a new low.

Clement Beaune, one of President Emmanuel Macron’s most trusted aides, called on the EU to start legal action as he accused the UK of refusing to grant enough fishing boat access.

Under post-Brexit rules, French skippers can no longer enjoy unfettered access to UK waters and must instead apply for a permit.

Although Britain has approved 93 per cent of the licences France has applied for, Mr Macron has claimed that UK officials are deliberately withholding another 73.

Clement Beaune, one of President Emmanuel Macron’s most trusted aides, called on the EU to start legal action as he accused the UK of refusing to grant enough fishing boat access

The British Government has handed over 23 additional permits as a gesture of goodwill – but it has failed to defuse tensions.

Speaking yesterday, Mr Beaune said: ‘We are going to ask the European Commission to initiate a legal procedure for the remaining licences that we feel that we are entitled to.’

His comments are the latest sign of fraying tempers between the countries and come after France banned British travellers over fears about the Omicron variant.

They also come a week after militant French fishing barons renewed their threat to disrupt cross-Channel trade and block Christmas deliveries to Britain.

In an apparent sign of his support for their plans, Mr Macron yesterday met industry bosses at his official residence, the Elysee Palace. Olivier Le Nezet, the head of Brittany’s powerful fisheries committee who took part in the talks, warned that France would not surrender in the long-running row. ‘The fight continues. It will end only when we will get the licences,’ he said.

Industry sources said Mr Macron promised the fishermen that he would hit British vessels with more red tape – such as extra checks when docking in French ports from January 1.

Yesterday a European Commission spokesman said they will ‘examine together with the French authorities the legal circumstances around every requested licence which has not been granted’.

A win for France could see heavy tariffs slapped on British fish exports or even UK trawlers being banned from EU waters.

n EU plans to change its own laws to ensure the free flow of medicines between Great Britain and Northern Ireland is a ‘step in the right direction’ but ‘not far enough’, DUP leader Sir Jeffrey Donaldson said.

European Commission vice-president Maros Sefcovic said he hoped the move would create the momentum needed to resolve other disputes around the Brexit Irish Sea border.

But Brexit minister Lord Frost expressed disappointment that solutions to wider issues had not yet been resolved.