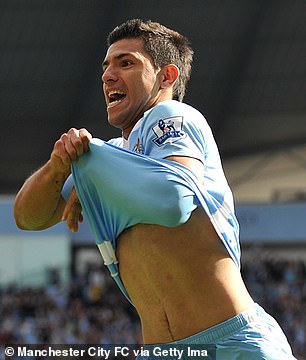 
Former Manchester City star Sergio Aguero will be offered an ambassadorial role at the club following his retirement, according to reports.

The Argentine emotionally admitted he had been forced to retire by a heart condition at the Nou Camp on Wednesday.

But the legendary striker already has the job offers rolling in as he has received four, including the role at his former side, since calling time on his playing career after being diagnosed with cardiac arrhythmia.

Aguero joined Barcelona on a free transfer in summer after 10 years with City and has agreed to forego the final year of his £100,000-a-week contract at the Nou Camp.

But he will not be out of work for long as the Premier League champions are preparing to offer him a job as a global ambassador, according to Argentine outlet Ole.

Spanish publication Marca also claim three other offers have made their way to Aguero, with two coming from his homeland.

A role on manager Lionel Scaloni’s coaching team for the World Cup is said to be an option, as well a position with one of the country’s national youth teams.

But if Aguero wants to step away from direct involvement with club and country, a television punditry position is also believed to be on the table.

Aguero is a City legend after 10 trophy-laden years at the Etihad saw him become the club’s all-time record goalscorer with 260 strikes in 390 games, while he sits fourth in the all-time Premier League goalscoring list with 184 goals.

City appear to want to reward his service to the club and believe his iconic status would allow him to engage with fans across the globe.

But it remains unclear if Aguero will accept any of the offers as he reportedly wishes to take some time out before deciding his next move.

Aguero only played 165 minutes for Barcelona after moving there in the summer.

He was forced to come off before half-time in a home game against Alaves at the end of October with chest discomfort, and was subsequently diagnosed with heart arrhythmia.

He was originally told to rest for three months but announced he was calling time on his playing days this week.

‘This press conference is to announce that I have decided to stop playing professional football,’ he said right at the start of his speech confirming there was no return possible.

‘This is a hard moment for me but my health has to come first. I did everything possible to see if there was any hope but there wasn’t. I am very proud of my career.

‘I always wanted to play football from five-years-old. Atletico put their faith in me when I was only 18. And then I went to City and everyone knows what that club means to me.

‘Then I got the call from Barcelona and they have treated me well. I did the best I could to help Barcelona. I leave with my head held high. I don’t know what is waiting for me but it will be a different life for sure.’