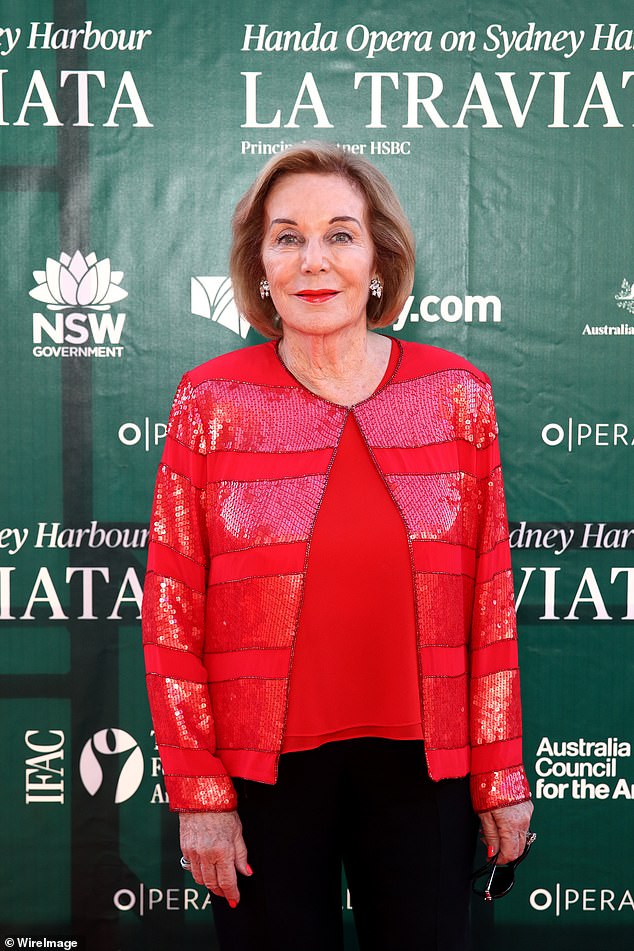 
ABC chair Ita Buttrose is calling for increased funding to support the public broadcaster despite already receiving more than $1billion per year.

Buttrose, who was appointed to the role by Prime Minister Scott Morrison in 2019, has been outspoken calling for further political and financial support for the ABC.

In an interview with The Australian, the 79-year-old said she was confident funding would be an important platform for next year’s federal elections, as the broadcaster enters its 90th year.

‘I’m optimistic that after the election, the funding of the ABC will be given proper consideration,’ she said.

The ABC has become a point of contention for the Liberal goverment, with Coalition MPs taking aim at the broadcaster, Christian Porter taking legal action against the company and constant battles between Mr Morrison and senior leaders.

Buttrose has repeatedly taken shots at the prime minister throughout her tenure at the top, but she is now hoping the ABC gets the appropriate prioritising of funding.

‘We would hope that the 90th year of the ABC will be the reason for whoever wins government to give us the funding we need,’ she said.

It’s expected the government will announce the latest three-year funding package for the ABC as a part of the 2022 federal budget.

That could be brought forward if Mr Morrison calls an election in May.

It currently receives more than $1billion per year, which includes transmission fees.

Buttrose says a Deloitte report commissioned by the ABC into its operations found the broadcaster’s screen productions earned $744million for the economy between 2017 and 2022.

In November, Buttrose accused the Morrison government of ‘political interference’ into their normal processes of reporting the news after the launch of a Senate inquiry into the way it handles public complaints.

‘This is an act of political interference designed to intimidate the ABC and mute its role as this country’s most trusted source of public interest journalism,’ she said in a statement.

‘Any incursion of this kind into the ABC’s independence should be seen by Australians for what it is: an attempt to weaken the community’s trust in the public broadcaster.

‘If politicians determine the operation of the national broadcaster’s complaints system, they can influence what is reported by the ABC.’