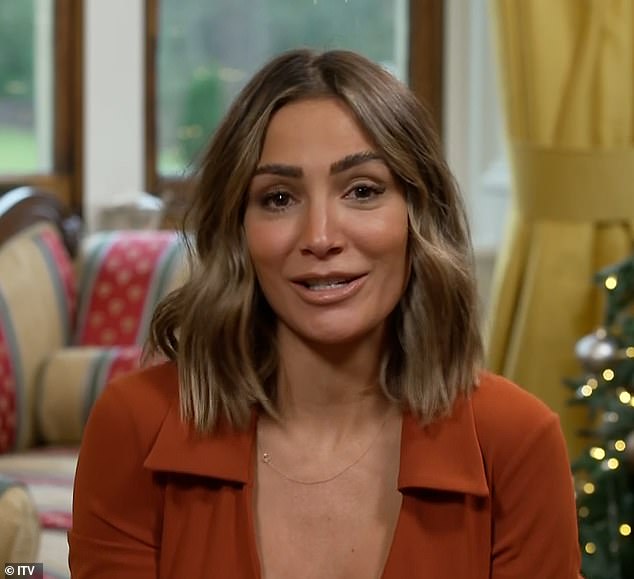 Frankie Bridge admits to struggling with her mental health in I’m A Celebrity… Get Me Out of Here! camp as she found rollercoaster of ‘highs’ and ‘lows’ tough


Frankie Bridge has admitted her appearance on I’m A Celebrity… Get Me Out of Here! was a ‘struggle’ as she found the ‘highs’ and ‘lows’ of camp life tough.

And Loose Women panellist Frankie says she was ‘shocked’ at how difficult it was to keep herself in check, claiming all the stars struggled.

Torment: Frankie Bridge, 32, has admitted her appearance on I’m A Celebrity… Get Me Out of Here! was a ‘struggle’ as she found the ‘highs’ and ‘lows’ of camp life tough

She told OK! magazine: ‘It was really difficult. I was shocked at how high the highs were and how low the lows were and how quickly you switch from one to the other.

‘That was a struggle, but it was a struggle for everybody. So the way I managed it was by talking because a lot of us were feeling the same. Everyone was so kind in there and we really looked out for each other.’

Tough times: The Loose Women panellist says she was ‘shocked’ at how difficult it was to keep herself in check, claiming all the stars struggled with camp life

Meanwhile, Frankie also recalled the moment she returned home from Gwrych Castle in Wales after filming the show to see husband Wayne Bridge, 41, and their children Parker, eight, and Carter, six, again.

She said: ‘It was really emotional. I was just desperate to see them by the time I got home. The boys were lovely, they gave me a massive hug and so did Wayne. It was everything I had imagined the whole time I was in there.’

Discussing her homecoming on Loose Women last week, Frankie said: ‘It was amazing, when I walked in the door, the kids gave me a massive turbo hug. Before I knew it, it was mum can I have a drink, where’s this?’

Cute: Frankie was delighted to return home to sons Parker, eight, and Carter, six, saying the ’emotional’ reunion was everything she had imagined while in camp

She went on to say she hadn’t become fearless as a result of her appearance on I’m A Celeb, and joked that her son demanded to know how clean she was after taking part in the gruesome tasks.

She explained: ‘I get to have a cup of tea in the morning now. It’s not made me any braver I think.

‘My son did ask me how many times I’d washed as he wanted to make sure I was clean enough to be home.’