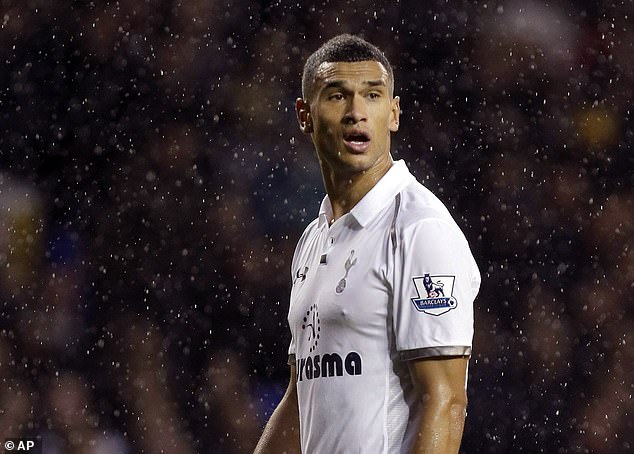 
Steven Caulker has changed his international allegiance to Sierra Leone, nine years after making his solitary appearance for England, FIFA has confirmed.

The former Tottenham defender is eligible for the switch via his grandfather, who comes from the West African country.

Caulker is therefore eligible to participate in the upcoming Africa Cup of Nations tournament in the new year for his newly adopted nation.

The centre half, 29, may represent his newly adopted country at the 2022 AFCON tournament

London-born centre half Caulker broke through at Tottenham, before moving to Cardiff and QPR, with spells at Liverpool (on loan), Dundee, Turkish side Alanyaspor and Fenerbahce following.

Now on loan at Gaziantep in the Turkish Super Lig, the 29-year-old won his only cap for England against Sweden in a 2012 friendly, scoring a goal in a 4-2 defeat, having played every minute for Great Britain at the London Olympics earlier that year.

Back in 2013, a year after his England outing, former Scotland assistant manager Mark McGhee expressed an interest in Caulker switching allegiance to them, given his grandmother Jessie is Scottish, and called then-Scotland assistant Steven Reid in 2019 to express his keenness to play for them.

In October this year, Caulker attended a Sierra Leone training camp and played in an unofficial friendly against a Moroccan team of home-based players.

If called up by national team boss John Keister, he could make his Sierra Leone debut at the delayed AFCON tournament in Cameroon, which is scheduled to start on January 9 – although that may change depending on the coronavirus situation.

The Leone Stars will make their first appearance in the competition since 1996 and are set to face defending champions Algeria, Ivory Coast and Equatorial Guinea in a tough-looking Group E.