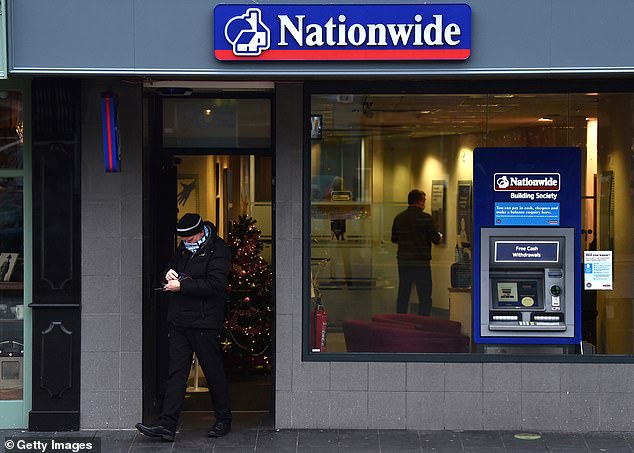 
Christmas shopping chaos has prevailed for Nationwide customers today as a banking glitch means many remain unable to spend or receive money.

Customers have slammed the company, with some unable to access any services since 7am this morning.

People could not transfer or receive money and some could not get into their online banking accounts at all.

On their website, Nationwide wrote that Direct Debits and standing orders were working normally.

Nationwide also said that people can continue to use their cards to pay in shops and withdraw money from ATMs.

The Nationwide website has displayed an error message to emphasise the current status of the payment system.

They have said the team are working to resolve the problems as soon as possible.

Nationwide has urged customers to keep checking back on the website for updates.

Hundreds of customers who have been unable to receive wages and go shopping before Christmas due to the payment system outage have expressed their frustration on social media.

One customer wrote on Twitter that she had received her payment at 7.20pm, 11 hours after she first received it.

Others wrote ‘this is getting ridiculous now’ and ‘you have been saying you will sort this for 12 hours’.

Another person wrote: ‘Just not good enough. My son is isolating waiting for a PCR result. 4 hours away in uni. Can’t get out. Can’t order food in as can’t pay. Work harder.’

One customer wrote: Nationwide are abysmal; I transferred my #Banking to them in Oct & I’ve had nothing but hassle.

‘Today’s problem; no access to my money, delays of deposits, phone lines have a delay of ‘over 25 minutes’ & they’ve no idea.

A representative from Nationwide responded: ‘I appreciate your comments Nigel.

‘We’re really sorry and we are working to fix this as quickly as we can’ and directed the customer to their website for updates.

And another said ‘Literally sat here with no food and no heat due to this.’

A Nationwide spokesperson said: ‘We apologise for the delays that members have experienced today in sending and receiving faster payments.

This issue has now been resolved and all payments that had been queued are now being processed.

‘All new outbound and inbound payments are also being processed. Customer service remains our top priority and we thank members for their patience.

‘We will also refund all Nationwide charges and fees incurred as a result of this issue.

‘For any charges and fees incurred elsewhere, people should contact the Society to discuss these, and any related to this issue will be refunded.’