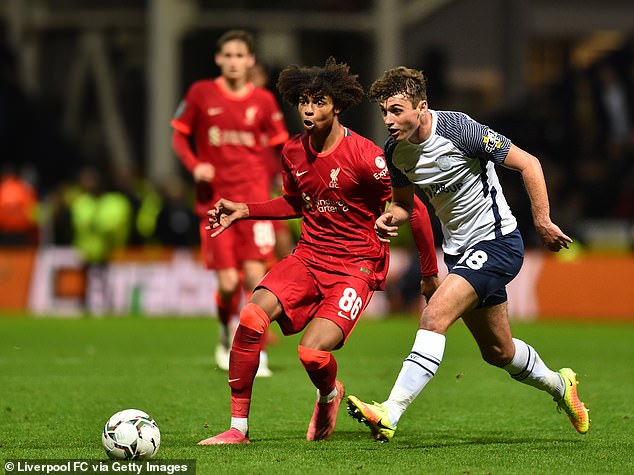 
Liverpool youngster Harvey Blair has put pen to paper on a new deal at Anfield.

The 18-year-old has signed a contract extension, after securing his first professional deal with the Merseyside club last summer.

The Reds confirmed the agreement on Tuesday morning, via their official website and social media channels.

Blair joined the club at the age of 12 and has spent this season mainly with the U18 set-up, led by Marc Bridge-Wilkinson.

The teenager made his first-team debut by starting the Reds’ Carabao Cup fourth-round win over Preston North End at Deepdale in October.

He is also a regular face for Liverpool in the UEFA Youth League, along with the Premier League Cup.

The Reds meanwhile are set for one possible outgoing in the coming weeks, with defender Nat Phillips gathering attention.

The tough-tackling centre back is being heavily linked with West Ham, who have both Angelo Ogbonna and summer signing Kurt Zouma sidelined.

Phillips – who featured heavily last season due to injuries to Virgil van Dijk, Joe Gomez and Joel Matip – has fallen down the pecking order since the arrival of Ibrahima Konate, and will be allowed to leave Anfield for £15m.