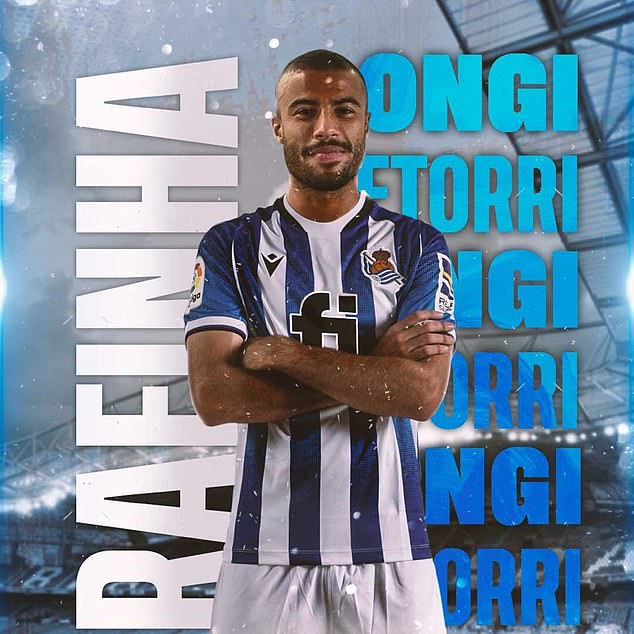 
Former Barcelona star Rafinha has completed a move back to LaLiga by joining Real Sociedad on loan.

Rafinha, 28 and a product of Barca’s famous La Masia academy, has spent the last 14 months with PSG after ending his nine-year stay at the Nou Camp in October 2020.

The two-cap Brazil midfielder racked up 34 appearances in his debut campaign at the Parc des Princes, only to fall out of favour this season following the arrival of Lionel Messi and Georginio Wijnaldum.

Mauricio Pochettino has only afforded him five appearances in the first half of the season, meaning a January loan switch has now been confirmed.

The La Masia graduate has joined Imanol Alguacil’s side until the end of the season, albeit without an option-to-buy clause included.

He arrived back in Spain to undergo his medical on Monday, and Sociedad are expected to pay a percentage of his PSG wages.

La Real are bolstering their squad in the winter transfer window after seeing their form deteriorate in recent weeks.

The San Sebastian outfit have lost their last four La Liga matches and are without a win in five, damaging their top-four hopes after a strong start to the campaign which saw them claim eight wins from 13 games.

Alguacil will hope Rafinha’s arrival provides a much-needed boost for his side as they look to leapfrog Atletico Madrid and Rayo Vallecano into fourth in the second half of the season.