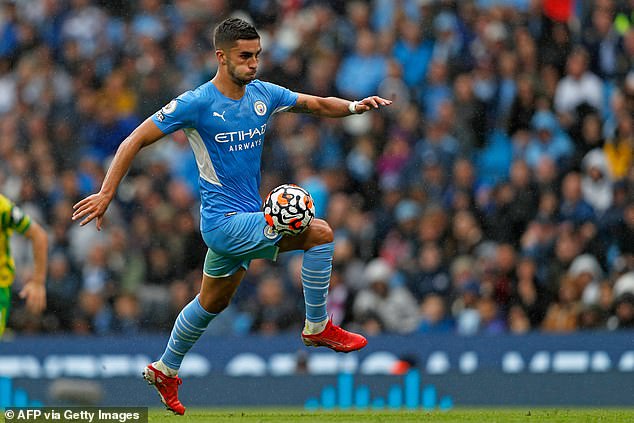 
Ferran Torres has reportedly passed his Barcelona medical ahead of his £55million switch to the Nou Camp once the January transfer window opens.

Torres, 21, was viewed as Barcelona’s top target next month with new boss Xavi desperate for a new striker after Sergio Aguero was forced into a shock retirement as a result of a heart issue.

Last week, City sanctioned a £55m move for the young Spaniard, with former Barca boss Pep Guardiola unwilling to obstruct a move to Catalonia for the versatile forward capable of playing across the front three.

Torres shared a video on Boxing Day training at former club Valencia’s base, and Spanish outlet Mundo Deportivo reports that he has passed his medical as he inches closer to securing his switch.

The Spanish international was pictured arriving in Barcelona on Monday morning, as reporters and photographers swamped the talented youngster to catch a glimpse of him ahead of his move.

The same Spanish outlet reports that the move is set to be completed later today and Torres will be officially unveiled at the Nou Camp on Tuesday.

Torres, 21, has been a priority target for new Barca boss Xavi who wants reinforcements

Torres is reported to have told fans in Spain that he is ‘very excited’ about completing his move to Catalonia, having pined for the move for some time now.

Lionel Messi left last summer after the Spanish side were unable to meet his financial demands over a contract extension. The Argentine has since moved to Paris Saint Germain.