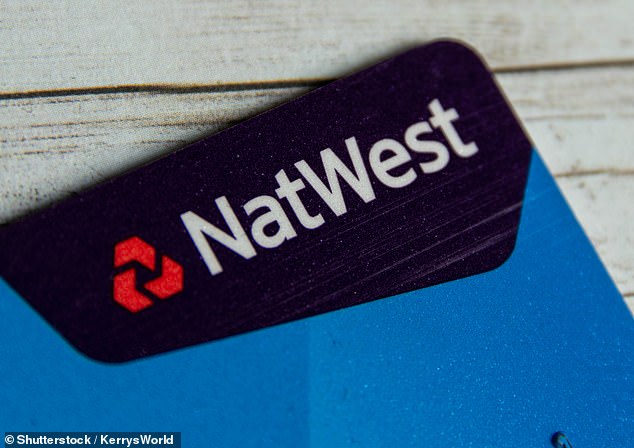 
The Government stake in Natwest is set to finally slip below 50 per cent almost 14 years after the bank was bailed out in the financial crisis.

The Treasury appointed brokers at Morgan Stanley last summer to speed up re-privatisation to free cash to deal with the pandemic.

Its stake has since dropped from 54.7 per cent to 53 per cent – and could sink lower as higher interest rates push up Natwest’s share price.

Downward trend: The Government’s stake in Natwest has dropped from 54.7 per cent to 53 per cent

A move below 50 per cent would be a major step. Ronan Dunphy, an analyst at investment bank Goodbody, said: ‘Although the Government’s shareholding does not affect the day-to-day operations, it will still be a significant milestone to transfer back to majority private ownership.’

The move would also crystallise a significant loss to the taxpayer. The Treasury originally held an 84.4 per cent stake following the rescue, and has lost billions of pounds after selling chunks of shares in 2015, 2018 and last year for a much cheaper price than it paid.

Even though Natwest shares climbed 34 per cent in 2021, they are still worth less than half the average price the Government paid.

Ian Gordon, a banking analyst at Investec, said: ‘Natwest is indisputably carrying a huge capital surplus which should provide firepower to continue share buybacks over the next four years. I expect state ownership to fall below 50 per cent in 2022. It appears reasonable to contemplate a full exit by 2025.’

The Treasury has said shares will ‘only be sold at a price that represents value for money’.

Morgan Stanley’s plan is set to run until August. It is able to sell 15 per cent of the Natwest shares being traded over the 12-month period.