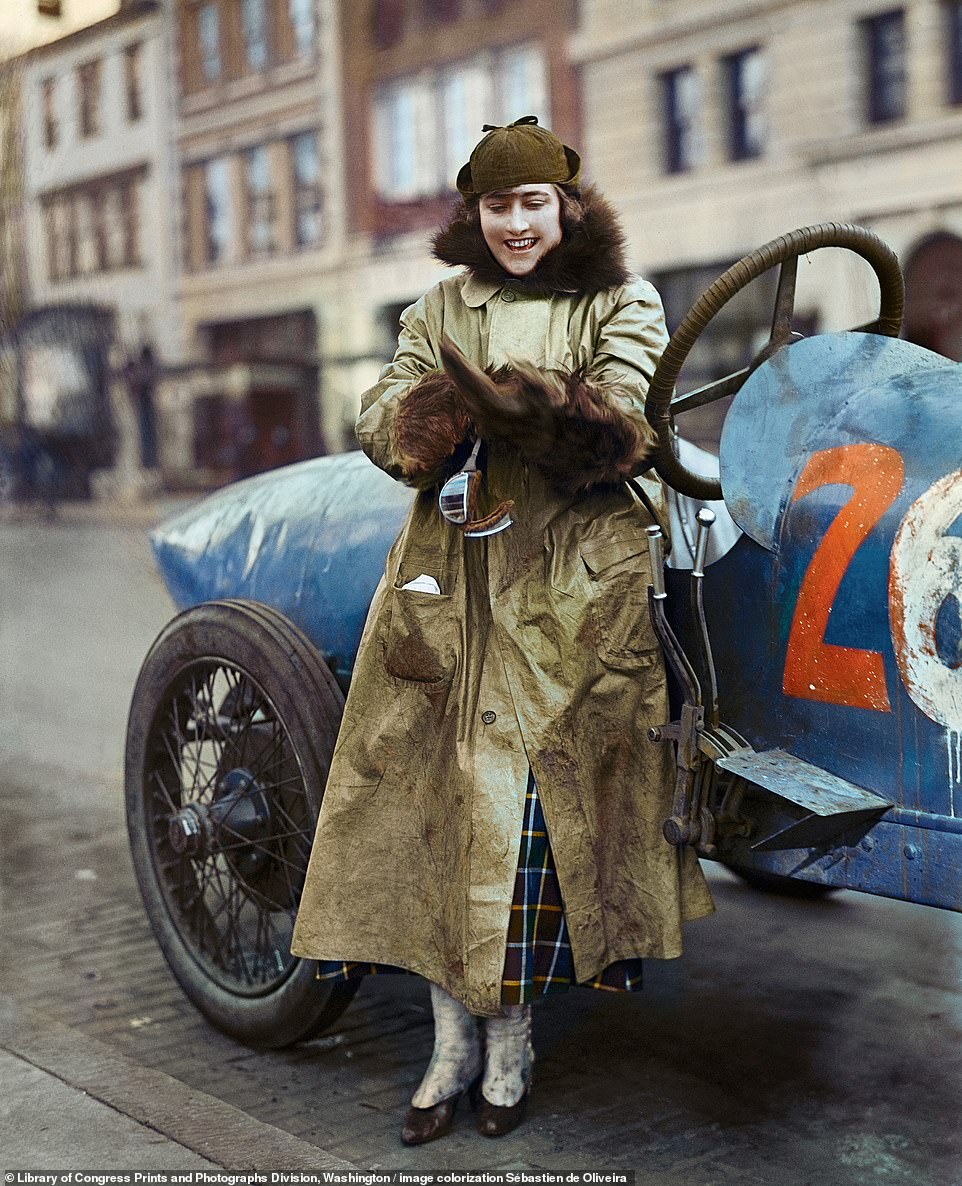 
From the hot air balloon to the space shuttle, a new book celebrates the golden era of travel innovation.

Extraordinary Voyages, by Francisca Matteoli, tells 50 extraordinary stories of travel from around the world in the mid-19th and early 20th centuries, covering a dizzying range of transport, from motorcycles to cruise liners.

The period heralded a time of innovation, exploration and the beginning of the democratisation of travel.

Distant lands were no longer only accessible to the upper classes and adventurers, the ‘ordinary’ people eager to see the world could now travel by boat, train, plane and car.

The book has been produced in collaboration with French luxury fashion house Louis Vuitton, and many of the photographs capture the stylish travellers with the distinctive LV monogrammed luggage in tow.

Founded in Paris in 1854, Louis Vuitton started as a trunk maker and has enjoyed a rich and diverse history. Now it is a leading fashion and accessories brand coveted by millions around the world.

Extraordinary Voyages is brought to life with more than 300 historical photographs and ephemera from Louis Vuitton’s official archives, from luggage tags to inventions.

Here, FEMAIL shares a selection of just some of the beautiful images…

Pioneer! The American actress and aviatrix, Miss Elinor Blevins, in front of her race car, in Washington, D.C in 1915. It is one of the stunning images featured in the stunning photo book Extraordinary Voyages, by Francesca Matteoli for Louis Vuitton

All aboard! An elegant woman boards a train in Europe in the 1960s with a stack of Louis Vuitton monogrammed luggage

Up, up and away! Photographer Thérèse Bonney snapped this photo of a woman in front of an Imperial Airways London flight in 1927

Sailing the seven seas! Passengers in swimwear luxuriate on board the SS Rex, a transatlantic ocean liner, in 1934

Into the unknown: group of tourists relax and soak in the sun and take in the amazing views onboard a cruise in the Norwegian fjords in the 1930s

Luxury travel: A French Lines shipping company luggage tag, from 1920–30, which would have been added to bags

Seeing the world: A car belonging to French journalist Jean du Taillis, complete with a Louis Vuitton luggage trunk, is loaded onto an improvised ferry bound for Djerba in southern Tunisia, in 1932

Historic: The LZ 129 Hindenburg airship lands after a first test flight in Friedrichshafen, Germany, in May 1936

Invention: A man operating the Vuitton II, a flying device with two propellers, designed by Jean and Pierre Vuitton, circa 1910

Around the world air travel: A Dewoitine D.338 flies over Europe to Hong Kong in the 1930s

Extraordinary Voyages, by Francisca Matteoli for Louis Vuitton, is published by Abram Books in the UK, £55