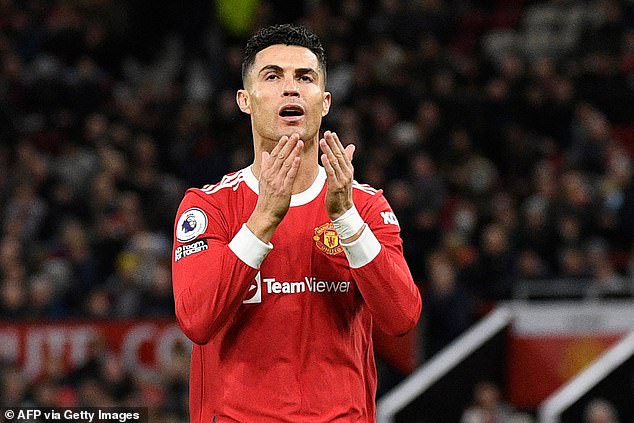 During a discussion with Thierry Henry on Puma Football’s Instagram page Balotelli was asked to name his best team.

Two of Balotelli’s former team-mates in the Premier League were included, with Yaya Toure having played with the striker at Manchester City, while Steven Gerrard was with him at Liverpool.

Balotelli, who plays for Adana Demirspor, named a team with a strong Italian influence

However, there was no place for Ronaldo, despite the Portugal international having scored a remarkable 688 goals in 917 games.

Somewhat unsurprisingly, there is a strong Italian influence in Balotelli’s team, with the likes of Fabio Cannavaro, Alessandro Nesta, Andrea Pirlo and Antonio Cassano all being included.

Yaya Toure, who played with Balotelli at Manchester City, was among the players included

Another of Balotelli’s former team-mates, Liverpool legend Steven Gerrard, also made the cut

Several Brazilians have also been named as Julio Cesar, Maicon, Maxwell and legendary former striker Ronaldo all made the cut.

Commenting on his team, Balotelli said: ‘Pirlo guarantees you ten goals a year, Yaya can do it all.

‘That’s a good team I think, although I left you (Henry) out, I left (Ronaldo) out.’

Although Cristiano Ronaldo wasn’t included, Balotelli did manage to find a place in his team for Lionel Messi.

Balotelli currently plays for Adana Demirspor in Turkey and has represented ten different clubs during a career which has included many controversial moments.