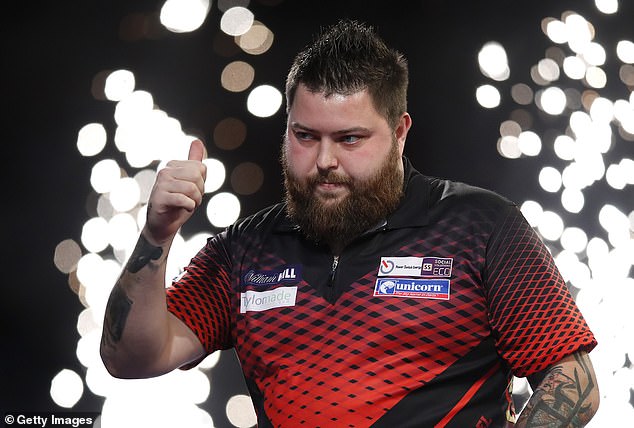 
Michael Smith will bid to become world champion for the first time and make up for losing in the 2019 World Championship final to Michael van Gerwen.

The last Englishman to win this title was Rob Cross in 2018, yet ‘Bully Boy’ Smith has another shot at the £500,000 prize and Sid Waddell Trophy.

Ice cool in dismissing James Wade 6-3, he will face a formidable opponent in either Peter Wright or Gary Anderson, whose semi-final started late at Alexandra Palace.

Smith stormed into an early lead, taking the first two sets with a 106 average to Wade’s 92.

‘The Machine’ would need to improve to avoid an embarrassing scoreline. He did exactly that, taking the third set with a 121 finish. Wade should have taken the fourth set but missed a dart at double tops, allowing Smith to snatch a 3-1 lead instead.

This was Wade’s fourth semi-final appearance at this tournament. He’d never reached a final and was up against it as Smith relentlessly took the next two sets for 5-1.

Wade was blown away by ‘Bully Boy’, who will now look to become champion for the first time

Wade knew from personal experience not to wave the white flag. He, too, led by that scoreline in 2012 against Adrian Lewis, only to go on to lose 6-5 and fail to make the final at Ally Pally.

Wade managed to get it back to 5-3 but that was where the comeback ended, as Smith took out double 10 to seal his spot in the final. Wade sportingly applauded his opponent.

Meanwhile, world No 1 Gerwyn Price says the World Championship should be held in different countries, saying it is unfair that English players get to play at Alexandra Palace every year while others receive abuse from the crowd.

The Welshman lost 5-4 in the quarter-finals to Smith, despite throwing a nine-darter. Price is used to being booed but the insults got to him on Saturday as he paused mid-throw to request a heckler be removed from the crowd.

Smith reached the final in 2019 but lost, and will hope to avenge his defeat this time around

In another post, the former rugby player added: ‘It’s only fair if the World Championships are played in each country. Wales. Scotland. Ireland. England. Europe. Next year in Wales please.’

Price added he was proud for playing well in defence of the title he won in 2021. ‘I will be back,’ he said. ‘Class is permanent.’