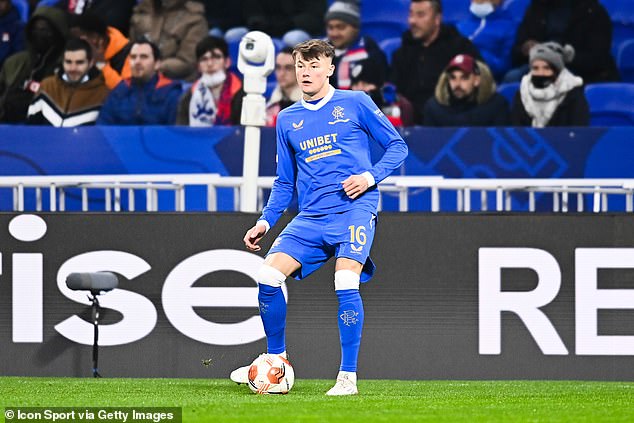 
Everton are closing on the signature of Rangers right back Nathan Patterson in a deal worth £10million plus add ons.

The 20-year old Scotland international hopes to join Everton in time for Saturday’s FA Cup tie against Hull City and he follows the £17.5m arrival of Dynamo Kiev left back Vitaliy Mykolenko.

Everton have moved quickly to add defensive reinforcements as they look to halt their dismal Premier League form.

Sunday’s 3-2 home loss to Brighton increased the pressure on manager Rafa Benitez as supporters grow increasingly disgruntled at the manner of performances and results which have left them in 15th place in the table.

The Toffees have only won one of their last 12 league matches, and have kept just a single clean sheet during this period.

They have conceded 32 goals in their 18 matches to date, and have tasted defeat on nine occasions this term.

Patterson, who will provide competition for captain Seamus Coleman, is widely regarded as one of the best up and coming right backs in the country and has been tipped for a bright future.

The youngster already has six caps for his country, and has helped Rangers open up a six-point lead at the top of the Scottish Premiership this season.

He will be hoping Everton can arrest their slide and add further quality signings before the end of the window.