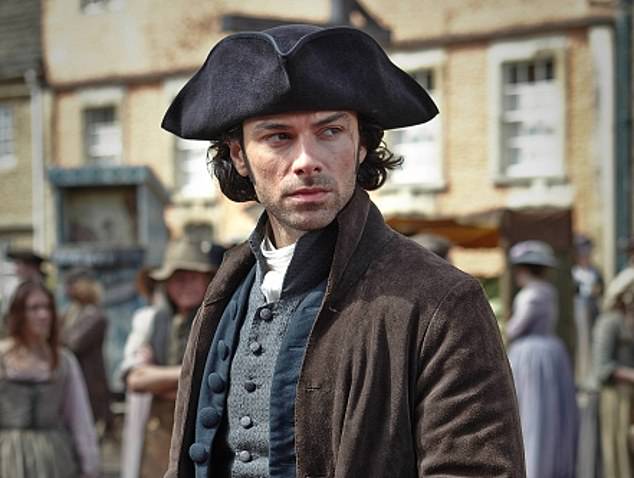 
Tin mining in Cornwall peaked in the 19th Century and now there are hopes of another golden age as British Lithium produced its first batch of the rare metal.

Backed by government grants through Innovate UK, it extracted the lithium from granite and then processed it at its high-tech pilot plant.

It says the lithium produced is of high enough quality to be used in electric car batteries, which will be a key market for the company if its technology is deemed successful.

Winston Graham’s Poldark novels, which are set between 1783 and 1820, have been adapted into two BBC TV series, most recently starring Aidan Turner as Ross Poldark (pictured)

Cornwall and neighbouring Devon have been mined for more than 4,000 years and mining was the focus of Winston Graham’s Poldark novels, which are set between 1783 and 1820.

The books have been adapted into two BBC TV series, most recently starring Aidan Turner as Ross Poldark.

British Lithium designed and built its test site in seven months, and aims to produce around 5kg of the metal per day.

The goal is then to build a full-scale facility that can produce 21,000 tons of battery-grade lithium a year.