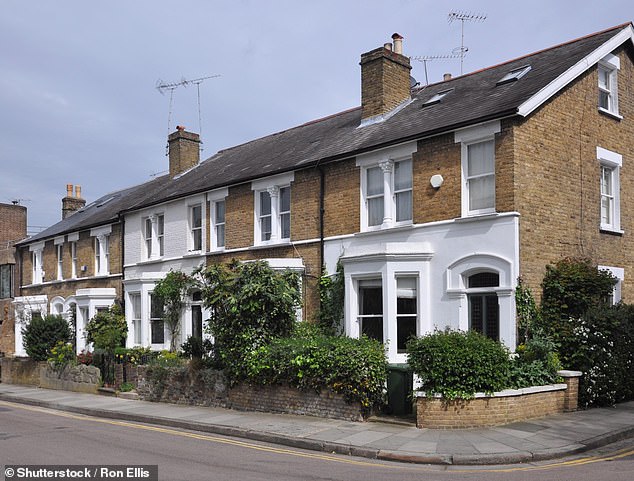 Energy efficiency confusion for Britain’s older homes: 60% of period property owners who know they need to go green don’t know where to start


Four in five of Britain’s period property owners know they need to improve their home’s energy efficiency, but almost 60 per cent haven’t got a clue where to start, new research suggests.

Some 79 per cent of homeowners surveyed with properties built before 1900 were aware they need to make changes to cut their home’s carbon footprint.

But 57 per cent of this group don’t know what improvements are needed to increase the energy efficiency of their historic homes. Meanwhile, 21 per cent of owners were completely unaware of the need to adapt their properties.

It follows the Government announcing proposals to meet net zero targets in 2050, including plans to ditch gas boilers and better insulate homes.

The findings by specialist lender Together are from a survey of 2,000 homeowners carried out last month.

The lender said there was a large ‘awareness gap’ about the Government’s plans to meet its net zero targets.

Boris Johnson plans for turning Britain green include forcing households to ditch gas boilers, with a £5,000 grant being offered to homeowners to install air or ground heat pumps instead.

After going back and forth on the dates, the Government has now confirmed that gas boilers will be banned from new housing in 2025, and households will no longer be able to buy gas boilers from 2035.

Estate agents have already warned that homeowners living in poorly insulated older properties risk being unable to sell. This is because buyers may be unable to secure finance on the homes due to their lower energy efficiencies.

Together suggested that the cost of making period properties carbon neutral has been ‘greatly underestimated’.

The research revealed 20 per cent of period homeowners want to install a heat pump.

Installing a heat pump can reduce a household’s carbon footprint by at least 2.5 tonnes of CO2 per year, according to The Eco Experts. But installation – before any grants – can cost between £10,000 to £18,000, The Energy Saving Trust has revealed.

Together’s survey found the average period homeowner would only be willing to spend £5,480 in total on their sustainable home improvements.

Installing a heat pump can reduce a household’s carbon footprint by at least 2.5 tonnes of CO2 per year

Scott Clay, of Together, said: ‘Meeting the net zero target by 2050 and tackling climate change is one of the greatest challenges we face today.

‘England has some of Europe’s oldest housing stock and is well-known for its high concentration of period homes. While this is a gift for house hunters and property investors, it can be a curse when thinking about carbon emissions.’

He added: ‘What’s clear from our survey is this glaring awareness gap between period property owners who know there is a problem and those who know how to fix it. There is no overnight solution, but there are methods to help turn the tide. More needs to be done to help those living in older houses understand what carbon neutral changes are feasible given their budgets.

Improving the energy efficiency of a property is widely considered to mean looking at insulation before what kind of heat source is going to be used.

However, this can be more difficult – and potentially costly – in a period property. Austin Barcley, of Improveasy, outlines the best ways to insulate a home…