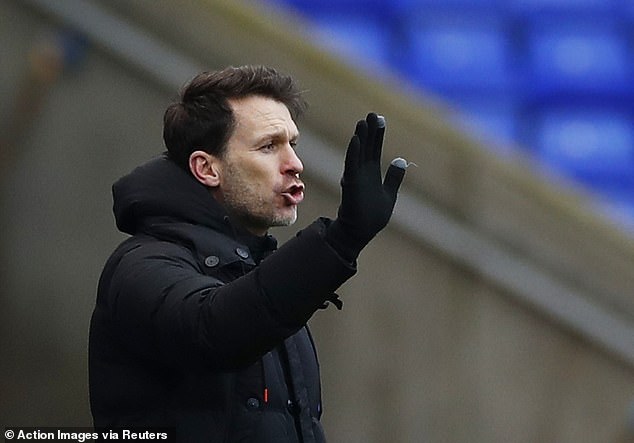 
There is a reason why Manchester City are still favourites to finish third, despite their worst start to a Women’s Super League season since 2014.

Last year’s runners-up lost four of their first nine matches, the same number as across their previous three campaigns combined. A sizeable injury list has prevented Gareth Taylor from fielding his strongest possible XI, but it’s starting to look brighter for a manager who was at risk of the sack earlier in the season.

England stars Lucy Bronze and Steph Houghton are back fit again and Taylor’s summer signings are starting to look more at home. Two of them, Hayley Raso and Vicky Losada, scored in a 6-0 thrashing of Brighton, which took City above their opponents and into fifth.

The Seagulls had started the afternoon two points ahead of City but were made to pay for a crazy opening to the second half, which saw them concede three goals in two minutes and 58 seconds.

Hope Powell’s side were seen as one of the contenders for third, along with City, Manchester United and Tottenham. But this heavy defeat raises questions over their ability to stay in the hunt for that European spot.

It was no surprise to see City start on the front foot and Lauren Hemp tested Megan Walsh early on with a header from Alex Greenwood’s corner, but the goalkeeper got a strong hand behind the ball before gathering at the second attempt.

It was the away side who were doing the majority of the pressing in the first half as Brighton looked to carve out opportunities on the break. Georgia Stanway fizzed a low cross into the hosts’ six-yard box but Maya Le Tissier did well to clear the ball in front of her own goal-line. Dan Carter then fired a shot over the bar at the other end.

While City continued to enjoy more of the possession, the best chance of the half fell to Brighton. Ellie Brazil’s cross found Inessa Kaagman in the box, but her flicked effort spun just wide.

A slice of luck saw City take the lead in the 48th minute when Victoria Williams turned Hemp’s cross into her own net. While that was a tad fortunate, there was nothing lucky about City’s second goal. Greenwood’s pass found Hemp in space down the left and the winger chipped goalkeeper Walsh with a delicate finish from the edge of the box.

It was 3-0 less than a minute later as a scramble in the box saw the ball fall to Stanway, who tucked a finish into the bottom right corner.

A fourth came soon after as Laura Coombs scored what was the pick of the six goals. Danielle Bowman carelessly gave possession away inside her own half and Coombs struck into the top corner.

Brighton managed to keep City at bay until the 73rd minute when Raso became the fifth different scorer.

Houghton’s long ball was flicked into her path by Ellen White and the Australian kept her composure to finish into the bottom corner.

Losada then made it six as her long-range effort looped over Walsh after a heavy deflection off Bowman.