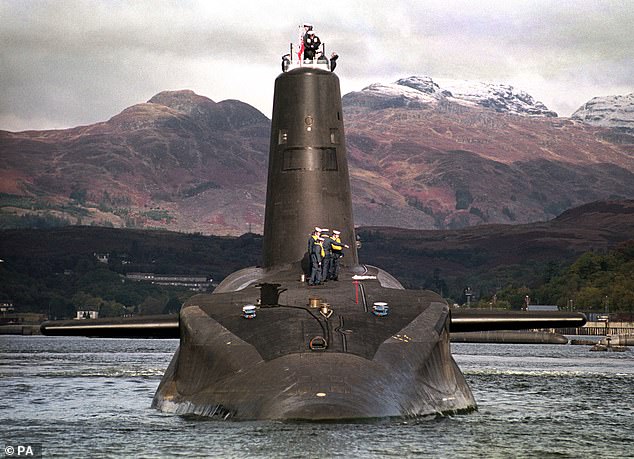 Buyer pledges US board for defence firm Ultra: Private equity buyer promises to create separate boards for its American and UK businesses

The private equity buyer of Ultra Electronics has promised to create separate boards for its American and UK businesses in a bid to ease national security fears, The Mail on Sunday can reveal.

Defence specialist Cobham – owned by US private equity giant Advent – is buying Ultra for £2.57billion. Ultra makes components for the submarines which are part of the UK’s nuclear deterrent.

Business Secretary Kwasi Kwarteng has asked the Competition and Markets Authority to scrutinise the deal on the grounds that it may threaten national security.

The watchdog is due to report back on January 18. A decision from the Government on whether to conduct an in-depth probe or wave the deal through will then follow.

Security fears: Ultra makes components for the submarines which are part of the UK’s nuclear deterrent

Sources close to the deal said that Cobham hopes that, by creating separate boards, it will underline its commitment to preventing national security leaks.

The move is among a series of commitments Advent and Cobham are expected to make to secure the takeover – including pledges on UK investments and jobs. Ultra is headquartered in London, but makes the bulk of its revenues in the US.

Advent bought Cobham in 2020 and swiftly sold off a string of assets. Cobham’s move on Ultra had sparked concerns that it too could be broken up.

However, one analyst said: ‘There are fewer non-core businesses that could be easily sold off at Ultra so that’s less of a concern.’

It has also emerged that formidable US hedge fund Davidson Kempner’s European arm appears to be betting against the deal. The firm has taken a £28 million short position in Ultra.

The shares closed last week at £31.64 – below Cobham’s £35-a-share offer price – suggesting that most investors believe the takeover will be completed, but that there is an element of uncertainty.