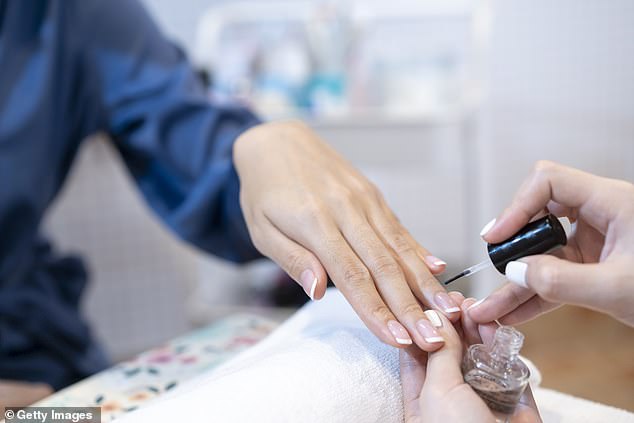 
A group of savvy women have revealed how much they spend on their ‘guilty pleasures’ each year – but agree they’re worth the splurge every time.

A conversation sparked online after a woman realised she spends more than $1500 a year on eyelash extensions alone and asks if others do the same.

Hundreds flooded the comments and shared what they can justify spending money on to treat themselves – including yoga memberships, hair treatments and facials.

‘I have worked out while doing my yearly budget I spent over $1500 on eyelash extensions a year. I think this figure is insane but as I am hopeless at girlie things, I seem to find myself saying this is okay,’ Lara wrote in the She’s On The Money Facebook group.

‘Does anyone else have a guilty pleasure that cost them this much a year?’

Several said they too choose to get eyelash extensions, while others prefer spending their money on getting their nails or hair done.

One woman said she spends $3,000 a year on two gym memberships but validates the expense because it ‘brings her joy’.

‘I think it’s totally fine to have expenses like that if it’s improving your self-confidence and making you happy,’ she wrote.

‘I spend $35 a week on a yoga membership which everyone I tell says it’s way too much but similar to others, it does wonders for my mental health,’ another wrote.

One woman who suffered from horrible acne said she coughs up $5,000 a year to pay for monthly facials and products suited to her skin.

‘I have PCOS, and for years had terrible acne, like horrible cystic, painful acne. It crushed me at the time,’ she wrote.

‘I see the facials now as a way to keep the acne at bay and also something that makes me feel good.’

Several said they too choose to get eyelash extensions, while others prefer spending their money on getting their nails done or getting facials (stock image)

What are the most popular guilty pleasures?

A single mum said she ‘keeps her sanity’ by spending $2000 a year on eyelash extensions, $1000 on hairdresser appointments and $2860 on a gym membership.

While the yearly expenses are huge, it’s worthwhile if the treatment brings joy to the individual.

‘Self care is so important, it’s okay to want to feel good and look nice. If that fills your cup, then so be it,’ another woman added.