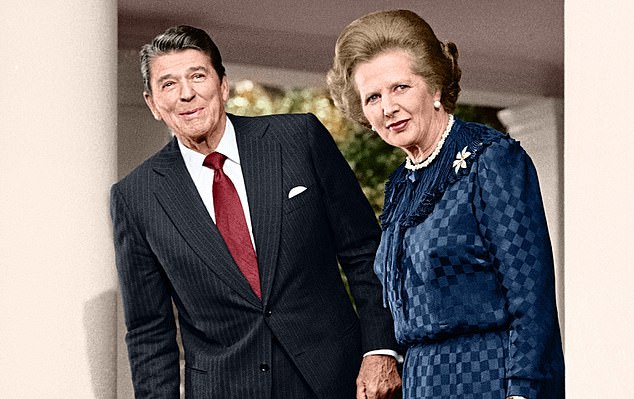 
The cost of living in the US is rising at the fastest pace for 40 years.

Inflation hit 7 per cent in December – the highest level since June 1982 when Margaret Thatcher and Ronald Reagan were in power and Madness was top of the charts with House of Fun.

Price rises in the US will come as a worry to other countries, including the UK, which are closely intertwined with the world’s largest economy.

They could push up costs elsewhere, especially for businesses which import goods from the US.

Most of the jump in inflation has been through energy bills. The pandemic has caused shortages of fuel across Europe and Asia, prompting prices to soar.

But household furniture, clothing, cars and medical care prices rose too. Food prices have jumped by 6.3 per cent over the past year.

Paul Ashworth, chief economist at Capital Economics, said: ‘Overall, this is every bit as bad as we expected.’

The central bank’s chairman, Jerome Powell, told Congress this week that constraints in supply chains had been ‘very persistent and very durable’.

He added: ‘We’re not seeing the kind of progress we thought we would see by now.’

The data will stoke expectations that the Fed will begin to hike interest rates this year, to bring down prices by encouraging people to save rather than spend.

Economists are expecting the central bank to hike rates up to four times this year, beginning in March.