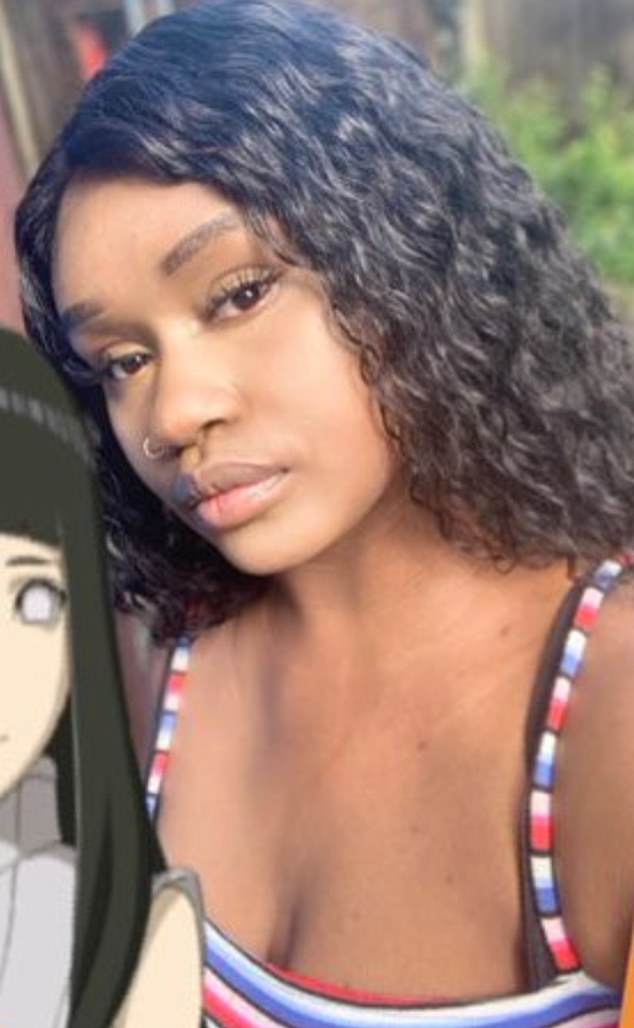 A black IT graduate has quit her job working at Legal & General’s showpiece HQ in the City after tape-recording two colleagues saying behind her back that ‘black people have a smell about them’ and ‘don’t wash their hair’.

The insurance giant and facilities firm Mitie, which employed the victim, 25-year-old receptionist Janika Frimpong as well as the pair secretly recorded making the appalling racist comments, have both launched investigations into the incident.

The two women were talking as Ms Frimpong had gone to the toilet, unaware that she had left her phone on record and was taping their every word as they discussed her.

Ms Frimpong, who said she quit her ‘toxic’ job at L&G’s showpiece HQ in the City as a result, said on Twitter that she had experienced racism and bullying on ‘multiple occasions’ before resigning on Monday.

On January 6, she had tweeted: ‘No workplace should ruin your mental health’.

Posting an excerpt from the shocking tape on Twitter, she said: ‘I didn’t want to have to bring this to Twitter.

Janika Frimpong (above), 25, resigned from her role at the Legal & General HQ in London after secretly recording two female colleagues making racist comments behind her back

‘However I felt there was no other way to show everyone the racists and bullies @landg_group employ to represent them. I felt forced to quit my job with them today after I experienced racism and bullying on multiple occasions.’

In the minute-long section of the tape she posted, two unidentified women, A and B, can be heard in conversation about her:

‘A: …and she has a smell about her, like a fried, oiled smell. Is it just me? It stresses me out.

B: It could be cocoa butter

A: Black people have a smell about them

A…Mixed with something. Hair gel or something

A: You know, some people smell clean and fresh – and some others …..

B: You know black people, they don’t wash their hair.’

At one point, one of the woman adds, ‘she’s not here, though, she’s in the toilet.’

The tweet soon went viral, and Ms Frimpong, from Waltham Cross, Herts, was praised for having the courage to quit her job and offered advice by other Twitter users on taking legal action for constructive dismissal.

On her LinkedIn page, she describes herself as having been a receptionist at L&G since last October, and lists her 2:1 degree in IT from the University of West London, though in fact it later transpired she was employed by Mitie to work at the L&G site.

Her father George, 66, told MailOnline: ‘I don’t understand why people make these comments. It’s all very upsetting to tell you the truth.’

Legal & General immediately launched an investigation following the Tweets and later announced that the two people concerned were employed by Mitie, who began their own inquiry.

L&G tweeted in response to the original tweet: ‘We are upset & saddened to hear about your experience. The allegations are appalling & are not reflective of us or our culture. We have an internal investigation underway to identify all individuals concerned & we will do all we can to make sure this doesn’t happen again.’

Today [wed] they added: ‘We are committed to being an inclusive business and are taking the recent incident very seriously. We have investigated overnight & established that those concerned are contractors employed by @Mitie who are investigating these allegations thoroughly.

‘Most importantly, we have been assured Mitie are in touch with the person impacted to ensure that they are listened to, heard and supported. We can confirm these individuals are not currently working at our offices.

‘We have a zero-tolerance approach to bullying, racism and racial discrimination. While the allegation has been raised by an employee of a third party, we expect the same standards of behaviour from them as we would our own employees.’

Mitie told MailOnline in a statement: ‘As a business that is committed to ensuring a company culture where every colleague can bring their true self to work, we were very concerned to hear about this incident. There is no place for racism, bullying or discrimination in our business. An investigation into this incident is already underway.’