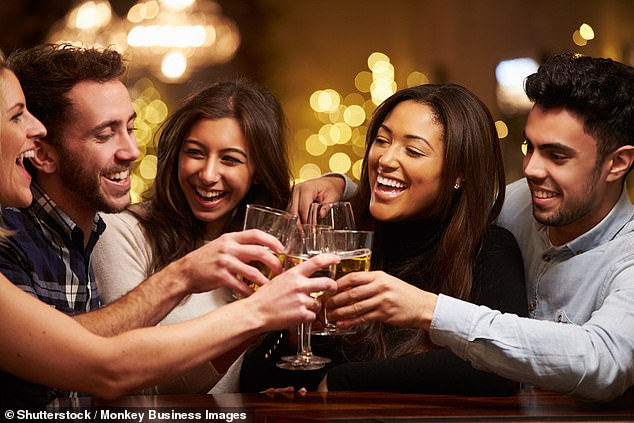 Immigrants living in the UK reveal the biggest culture shocks they experienced – from ‘grabbing a pint after work’ to people asking ‘you alright?’ as a greeting


Immigrants living in the UK have shared their biggest culture shocks they experienced on arrival in an eye-opening online thread.

People who have relocated from Australia, South Africa and mainland Europe shared their observations in a Reddit thread, revealing how they were impressed by the quality of beer and public transport – and pleasantly surprised by the lack of rain.

Others noted the greeting ‘you alright?’ left them confused, while some were baffled by how narrow the roads are. Dozens praised the NHS.

People who have relocated from Australia, South Africa and mainland Europe shared their observations in a Reddit thread , revealing how they were impressed by the quality of beer and public transport – and pleasantly surprised by the lack of rain. Stock image

The discussion was kickstarted by user Dean Riding, who offered up his own suggestions as to what might strike new arrivals, including expensive council tax and the lack of rain

The discussion was kickstarted by user Dean Riding, who offered up his own suggestions as to what might strike new arrivals, including expensive council tax and the quality of the Government website.

An American woman who moved to the UK four years ago wrote: ‘The greeting “you alright?” took a long time to get used to.

‘In the US asking someone if they’re alright implies that they look like they’re not ok. I was also surprised by how hard it is to find a decent freshly made sandwich. On the positive side, the NHS is great, plus much better work-life balance.’

An Australian who has lived in the UK for 14 years added he was surprised by how much Brits ‘hate Britain’ and ‘talk it down’.

He continued: ‘Good beer! Seriously, Australians think of English beer as warm, flat rubbish. Until they try it. My round? Rightho…

‘Old stuff. get this comment a lot from Americans now. The house I live in was being built about the time my great-great-great grandfather, one of the early settlers in South Australia, was packing up to leave his farm in Devon. I’m one of the legal title-holders (in trust) for a piece of property that is substantially unchanged since before Europeans colonised Australia.

‘Being able to walk everywhere. Cities in Australia are so spread out, no-one lives in walking distance of their local pub, supermarket, school, sports field… So everyone drives everywhere.

‘I think it gives the UK much more of a community feel, at least the places I’ve lived. You tend to walk places and you tend to see the same people when you do, and get to know some of them. Gives you a feeling that you’re part of something.’

One woman who moved to South East England from South Africa wrote: ‘Women pushing prams on the streets on their own, how clean everything is, and public transport is amazing (though expensive).

‘Political issues just seem like a storm in a teacup. I’ve generally found the English people extremely friendly. I can buy alcohol 24/7 and the weather really isn’t that bad.’

A huge number of the respondents to the thread mentioned their shock at the drinking culture in the UK.

One wrote: ‘I’ve been here 7 years from a small town in Canada. I use to visit big cities like Toronto, Montreal, Vancouver, Calgary etc, but what surprised me the most working in London was the drinking culture.

‘Nearly every one I worked with had a company credit card and at 10 would invite me down the pub for some breakfast and a pint.

‘At lunch it was a restaurant and a few pints. At 3 pm everyone wrapped up their work and hit the pub until 5, and then head back to the office to sign off, say goodbye, and back to the drinking until whenever. This was Monday to Friday. I worked for 3 different companies and this was normal for each.’

Many users noted the drinking culture in the UK, with one mentioning that back in his home country of Australia, where he believed they could ‘handle their alcohol’, the ‘average Brit puts the average Aussie to shame in terms of how much alcohol they can consume