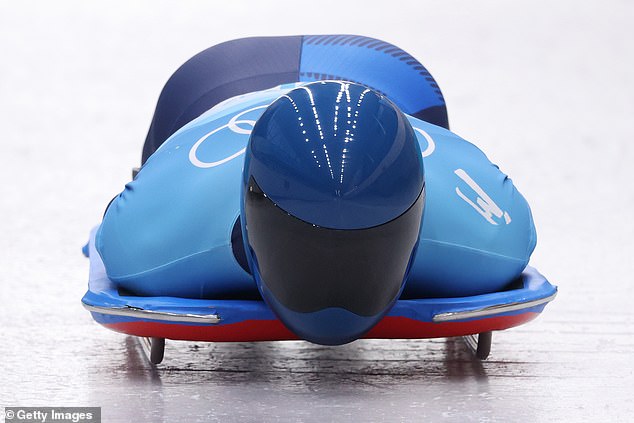 
British hopes of extending its skeleton medal streak into a sixth Olympics are hanging by a thread after a pair of poor performances in the opening two runs of the men’s event at Yanqing on Thursday.

British skeleton athletes have secured at least one medal at every Games since the sport was restored to the Olympic programme in 2002, when Alex Coomber secured a bronze medal in Salt Lake City.

British racers exceeded expectations in Pyeongchang four years ago when Lizzy Yarnold retained her title and was joined on the podium by Laura Deas, while Dominic Parsons was also a surprise bronze medallist in the men’s event.

However, despite almost £6.5million in UK Sport funding for the current Olympic cycle, and a promise of technological innovations which would move them into medal contention, British athletes have struggled to make any impression on the Beijing track.

‘I could probably look at about 10 or 12 mistakes that I made and I’m really not happy,’ said Weston, who had raised hopes of maintaining the run when he became the first British man to win a World Cup gold medal in Igls in November.

‘But at the same time you’ve got to enjoy it. I’m really happy to be at the Olympics competing and representing my country.’

Deas and team-mate Brogan Crowley have barely troubled the top 10 in their six practice runs, and are no longer considered contenders for the women’s event, which is due to start on Friday.