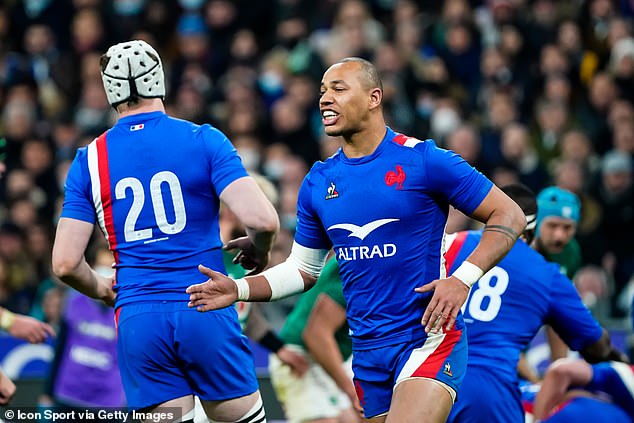 SIR CLIVE WOODWARD: Physicality and intensity was off the scale in France’s with Ireland but hosts’ front row gave them the edge… and I was delighted to see Dan Biggar clinch victory for Wales against Scotland

By Sir Clive Woodward for the Mail on Sunday


We were all excited about France’s meeting with Ireland in Paris — a clash of the tournament favourites — and the game did not let us down as a spectacle.

The physicality and intensity was off the scale but there was also tempo and quick thinking, quick lineouts from France, that amazing chase and take from the restart by Ireland’s Mack Hansen and some terrific off-loads.

There was not a lot to choose between two exceptional sides. Ireland could point to three tries to two, but the better side on the day won. France are on a steady upward curve and are the team to beat in both this year’s Six Nations and in next year’s World Cup.

I felt France’s front row, both the starting trio including Cyril Baille (above) and the replacements, were magnificent

I felt their front row, both the starting trio and the replacements, were magnificent and hit Ireland at their own point of strength, both in the tight and around the field. Their rush defence and counter rucking were vital, putting their side on the front foot from positions of peril.

Shaun Edwards has drilled them so well and not for the first time I am left wondering why England have never found a way of involving him in their national set-up.

In Cardiff, I predicted a narrow Scotland win but was not surprised by a much more spirited and organised Wales performance than in Dublin last week.

They deserved their win and I was delighted to see Dan Biggar clinch it with a rare drop goal! The commentary team said it was a strange call given that Wales were playing an advantage and could have worked for a converted try, but I was with Biggar all the way.

It was a classic one-score game and if you have two attempts to get three points — the dropped goal and a shot at goal if you miss — it’s a no brainer.

To take the lead at that stage was vital psychologically. Scotland became very frantic and lacked poise and I didn’t ever feel they were going to rescue it from there.