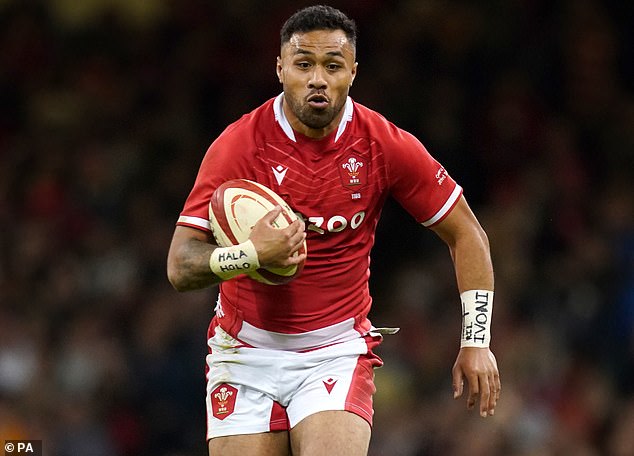 
Wales centre Uilisi Halaholo has suffered a laceration to the eyelid ahead of next week’s Guinness Six Nations clash with England.

Halaholo sustained the injury in training and will now remain in camp with Wayne Pivac’s squad instead of being released to Cardiff this weekend as planned.

The Welsh Rugby Union said: ‘Following a laceration to the eyelid sustained in training on Tuesday, Uilisi Halaholo will remain with the Wales squad this week for monitoring rather than being released to Cardiff Rugby.’

Wales are confident that New Zealand-born Halaholo will be available for the Twickenham clash on February 26.

Halaholo was due to have been one of six Wales players released from camp this weekend to get minutes under their belt ahead of the England game.

Wales bounced back from a heavy opening Six Nations defeat to Ireland to beat Scotland 20-17 in Cardiff last weekend.