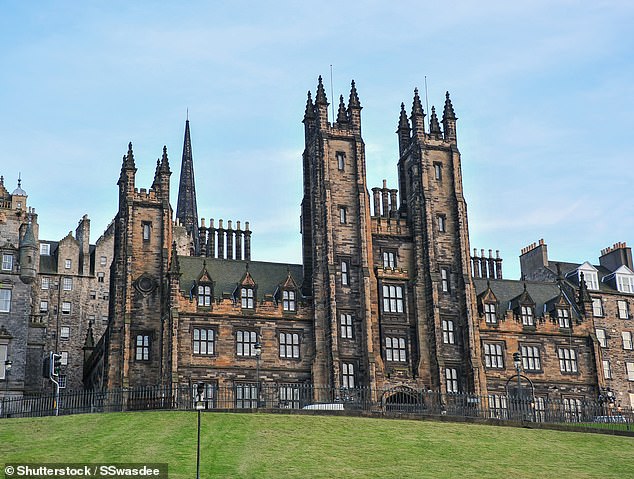 By Chay Quinn For MailOnline


Edinburgh University’s Shakespeare Society has apologised after it forced students into gendered queues at a Masquerade Ball event.

Attendees were forced into queues based on whether they looked masculine or feminine and many were forced to switch queues, according to The Edinburgh Tab.

People at the ball were subject to stringent security checks based on the queue they were in with the ‘male’ queue experiencing pat-downs and bag checks when the ‘female’ queue did not.

Over 500 ball-goers at The Caves venue were subject to security checks which one non-binary person said called ‘completely ridiculous and outdated’ as well as ‘downright harmful’.

The students took to anonymous confessions page ‘Edifess’ to criticise the policing of the event.

The checks were intended to prevent spiking according to the society which is why the queues were formed.

Edinburgh University Students’ Association Trans and Non-Binary Liberation Officer, Jaime Prada said: ‘There are definitely better ways of handling this situation. I think we all agree: spiking must stop.

‘However, the way the bouncers dealt with the situation was insensitive from the very beginning. Arbitrarily dividing attendees by appearance feeds into unnecessary dynamics informed by stigma and prejudice.’

The society said: ‘The EUSC once again apologises for the offence and distress caused by the handling of security at the Masquerade.

‘We would like to clarify, however, that The Caves are not at fault for this situation which ultimately stemmed from a miscommunication on our part.

‘We have spoken directly to The Caves about this situation and have agreed that everybody’s safety and wellbeing was and is our primary concern.

‘The Caves have been helpful and understanding throughout and we thank them for numerous years of successful events.’

EUSC said that they had previously had issues with their security staff at their Ball in 2019 which was also at The Caves.

To show their support with the LGBTQA+ community, they are giving their donations from their next event to Mermaids, a charity and advocacy organisation that supports gender variant and transgender youth.