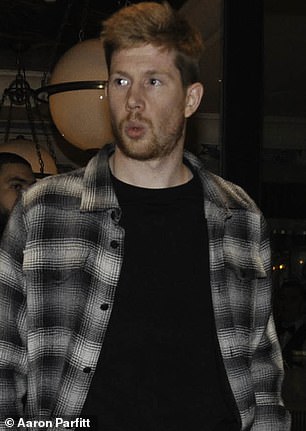 Kyle Walker, Kevin de Bruyne and Co enjoy a night out on the town after Manchester City’s FA Cup win at Peterborough, as Pep Guardiola gives his side the chance to let their hair down ahead of this weekend’s derby clash with Manchester United


Manchester City stars were spotted enjoying a team night out on Wednesday following their 2-0 win away at Peterborough in the fifth round of the FA Cup.

Pep Guardiola’s side ran out comfortable winners at the ABAX Stadium on Tuesday, progressing to the next round of the competition thanks to second-half strikes from Riyad Mahrez and Jack Grealish.

They must now turn their attention to this weekend’s crucial derby against neighbours Manchester United, but before preparations for that fixture get underway Guardiola allowed his players a rare night out on the town.

The likes of Raheem Sterling, Gabriel Jesus, Kyle Walker, Kevin de Bruyne and Riyad Mahrez were seen at The Ivy in Manchester just over 24 hours after their victory at Peterborough.

They left the swanky restaurant in the early hours of the morning, with Walker doing his best to avoid pictures by shielding himself with an umbrella.

Guardiola is likely to have granted his players a day off from training before they gear up for Sunday’s showdown with United at The Etihad, which could prove a pivotal outing in the Premier League title race.

City currently sit six points clear of Liverpool at the summit having played a game more than their title rivals, meaning anything but a win this weekend would give Jurgen Klopp’s side the chance to at least close the gap to four points.

The champions head into Sunday’s derby on the back of two victories, having recovered from a shock 3-2 defeat at home to Tottenham to beat Everton and Peterborough.

Guardiola was pleased with their latest showing in the FA Cup, insisting the ‘quality’ of Mahrez, Grealish and Phil Foden made the difference in the end.

‘We are in the next round and in the end, the quality of our players made the difference,’ he said.

‘They were brilliant goals. The quality of Riyad and the second goal the same. It was good. We created chances. All of them were brilliant.

‘Riyad always had this quality in the final third – he is the best we have. He scored a fantastic goal. So proud of the game he played.

‘He was aggressive in the final third and is back from injury and played a really good level.’