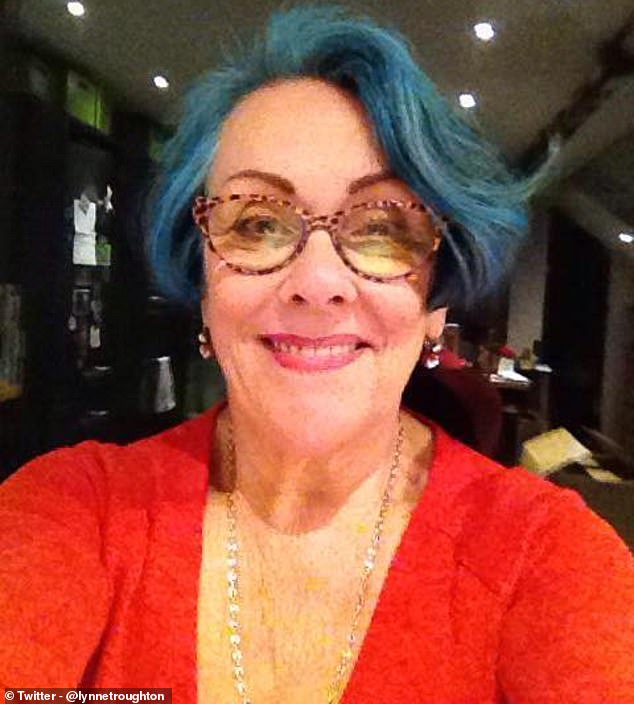 A Labour councillor has apologised for telling a father who expressed concern over how his daughter would pay steep energy price hikes that her family of five should ‘wear jumpers’.

Lynne Troughton, a councillor in Hackney, responded to a tweet by artist Courtney Wilding that said his daughter and her partner would struggle to pay British Gas bills that he predicted might soar to £700-a-month.

The response from Troughton, who was elected in the King’s Park ward in May 2021, drew criticism on social media, after she told Wilding his daughter would simply have to ‘economise’ to counter significant rises in energy prices.

Russia’s invasion of Ukraine has catapulted the price of gas and oil upwards to record levels with British households warned that they could soon be paying more than £3,000-a-year to heat their homes.

Wilding wrote on Friday: ‘My daughter has three young children to bring up, clothe and feed.

‘British Gas has told her and her partner their combined gas elec direct debit will go from £196 per month to £498 now and in October they anticipate it to be £700pm. WTAF! BG profits have soared by 44%’

Troughton replied: ‘She needs to start using less. We are 4 adults and combined bill only £275. We economise. Wear jumpers. It’s fine.’

The tweet sparked a backlash on the social media site, with many saying Troughton was unsympathetic.

@formerlyknow barbed: ‘Last night it was minus 6⁰ so we had to put the heating, don’t worry, everything is fine, because instead of a breakfast this morning my two children and I have put on nice warm jumpers.’

Some defended her comments though; @carmic3 said: ‘Lynne says her bill for a family of 4 is just £275 per month. What on earth is the other one doing to merit paying £700 a month?’

Others shared their own experience of rising gas prices.  @Serenavdm added: ‘Mine is now £313 a month. Heating never on past 18 and rarely on as we dress warmly. mum and disabled daughter only. Sockets turned off, lights off etc.’

The Labour MP, who was voted to represent responded to Wilding’s concern saying: ‘We are 4 adults and combined bill only £275’ – critics said Troughton’s tweet was ‘disappointing’

Lock in: Experts are urging customers to keep an eye out for competitive fixed deals amid fears the Russian-Ukraine conflict could drive prices higher

The Labour Councillor, who voted Remain, has since posted an apology, saying: ‘I am sincerely sorry for any offence caused by my tweet about someone’s energy bill being £700.

‘I mistook the original tweet as referring to someone with high energy consumption, without realising that their bill had increased from £198. I will check more thoroughly in future.’

Many weren’t convinced by the apology though. @obs1971 wrote: ‘Really? The original tweet actually seems quite unambiguous. Your reply seems to be both patronising and callous.’

@ThomasKGSlinger wrote: ‘Check more thoroughly = read the tweet. This is disappointing from a Labour MP. We are scared that we can’t afford to live, afford to keep our kids warm, but what? Wear a bl**** jumper?’