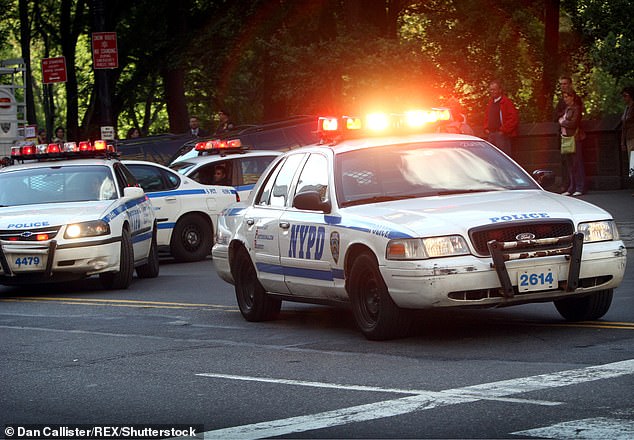 By Ronny Reyes For Dailymail.Com


An NYPD sergeant known as ‘Bullethead’ has cost the city more than $1 million after being sued 46 times, with 24 lawsuits settled thus far for illegal arrests, raids without warrants and unconstitutional street stops.

Sgt. David Grieco, who is believed to be a contender for most-sued cop in New York, has forced the city to pay out $1,066,750 in settlements from 24 lawsuits, with 22 still pending, The New York Daily News reported.

The largest settlement was reportedly for $103,000, but most of the recorded lawsuits have settled for tens of thousands of dollars, according to data gathered by The Legal Aid Society’s Cop Accountability Project.

The suits against Grieco, a 16-year veteran of the force, go as far back as 2011 when he was an anti-crime cop in Brooklyn and continue to his current assignment as a field intelligence officer in Flatbush.

New York City has reportedly paid more than $1 million in settlements for 24 lawsuits against NYPD Sgt. David Grieco, who has 22 other suits pending

‘New Yorkers need the mayor and police commissioner to take action to root out misconduct and stop giving serial abusers like Grieco mere slaps on the wrist for abusing our neighbors,’ Griffard said.

None of the settlements have involved any acknowledgment of wrongdoing.

The NYPD said in a statement that the lawsuits do not prove that Grieco had broken any laws and that he ‘has made and supervised hundreds of arrests that did not lead to any civil litigation.’

Joshua Moskovitz, a lawyer involved in two cases against Grieco that were settled, said he was shocked that the officer has not yet been fired.

‘To me, it’s incredible that the city hasn’t already taken steps to terminate him,’ Moskovitz told NY Daily News.

‘What would any reasonable [private sector] employer do if an employee cost them a million dollars in liability over 40 different lawsuits?

‘At some point any reasonable employer would say, ‘I can’t keep you on.’

Grieco has also been cited several times for failing to log police activity and was docked vacation days last year for making an unjustified car stop.