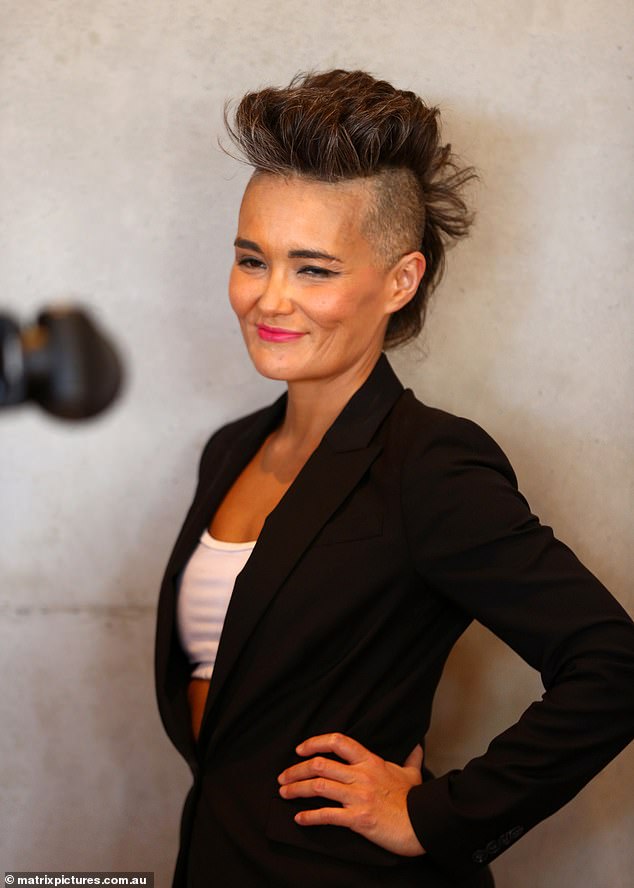 Penny Wong for Labor leader? Yumi Stynes calls out Anthony Albanese and says his deputy should be in the top job

Mr Albanese marched alongside Senator Penny Wong at Sydney’s Gay and Lesbian Mardi Gras parade on Saturday amid a sea of sparkles and rainbow flags.

‘Happy Mardi Gras everyone!’ Mr Albanese wrote in a Tweet alongside a photo of the pair.

Radio and TV presenter Stynes saw it as the perfect opportunity to take a swipe at Mr Albanese – calling for Ms Wong, the Opposition’s foreign affairs spokeswoman, to replace him in the top job.

‘She should be your boss, babe,’ Ms Stynes tweeted.

‘No doubt Penny would be a great leader, but she is in the Senate and I believe she doesn’t want the job,’ wrote one person.

Another added: ‘Well that’s not really fair on Albo when Penny has always said she doesn’t want the top job.

‘And actually she is brilliant in the role she does and if she wasn’t in that job, Labor and Australia would be all the poorer for it.’

‘She IS his boss, he just doesn’t know it,’ added a third.

Senator Wong, who is the leader of the Opposition in the Senate and Shadow Minister for Foreign Affairs, has repeatedly claimed she is uninterested in taking the top job.

Even if she was to mount a bid for the Labor leadership, she would need to switch houses from the Senate to the House of Representatives.