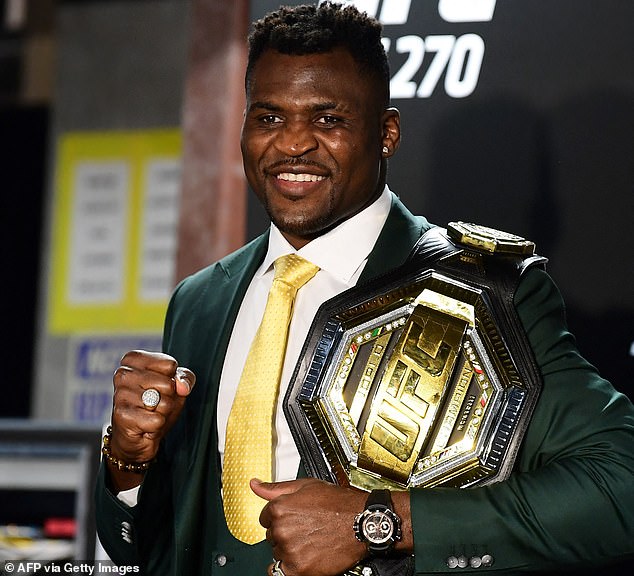 UFC president Dana White remains ‘hopeful and confident’ that Francis Ngannou will sign a new deal with the UFC.

The heavyweight champion is one of the organisation’s biggest stars but could leave as a free agent without fighting again.

He beat Ciryl Gane at UFC 270 to retain his belt, doing so with a torn medial ligament and damaged cruciate ligament in his knee.

Much was made of White’s absence when the time came to put the belt on the champion, but he later insisted he had left to deal with an issue in the back of the arena.

Ngannou claims his stance has seen him miss out on millions but he is refusing to budge with his demands.

Those are not simply financial and he wants the freedom to be able to compete in high profile boxing matches against the likes of Tyson Fury and Anthony Joshua.

It would be incredibly poor optics if the UFC are unable to secure Ngannou on a new deal, particularly given his remarkable rise to the top of the division.

But White thinks there are reasons to be optimistic. He told ESPN: ‘Listen, in the history of this company, the only guy that we’ve ever not signed was Fedor [Emelianenko].

‘I mean, it’s the only guy we could never sign. So, you know, I’m hopeful and confident that we can get a deal done with Francis.’

Ngannou can use the argument that Conor McGregor was allowed the extra-curricular activity of boxing Floyd Mayweather.

And Kamaru Usman is also pushing for a fight with Canelo Alvarez. But the UFC could be fearful of setting a trend that ultimately diminishes their product over the long term.

Ngannou would have been out of contract if he’d have lost to Gane in January but the ‘champions clause’ triggered an automatic extra 12 months.

If he remains injured for the duration, which is a real possibility, then the UFC are likely to set up an interim title fight at some point this year.