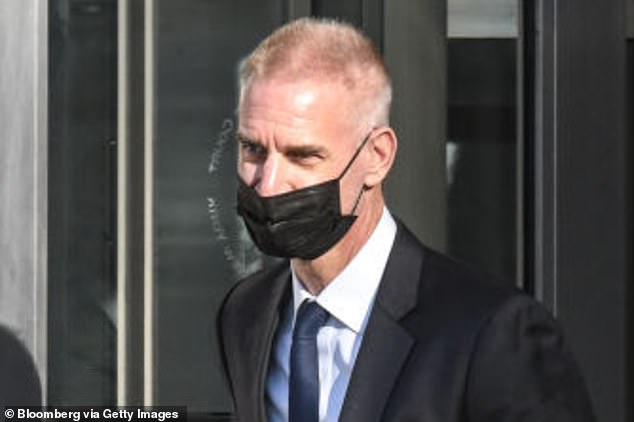 A former Goldman Sachs partner has admitted he took £45million in kickbacks, lied to the bank about his corrupt deals, and twice forged divorce documents so he could marry again.

Despite his history of deceit, Tim Leissner is the key witness in the trial of former Goldman colleague Roger Ng who is charged with helping loot Malaysia’s 1MDB sovereign wealth fund between 2009 and 2014.

Leissner pleaded guilty to conspiring to launder money and violate an anti-bribery law in 2018 and agreed to cooperate with prosecutors.

Ng, 49, pleaded not guilty to similar charges and is standing trial in Brooklyn federal court in New York.

In more than a week of testimony, Leissner described his high-flying lifestyle as the lucrative 1MDB deals made him a ‘star’ and the steps he took to avoid getting caught.

Leissner said he spent the kickbacks on an £11million 170 ft yacht, apartments in London and New York, and an investment in Italian football team and current Serie A champions Inter Milan.

In 2013 he met Kimora Lee Simmons, an American model and judge on America’s Next Top Model, and ex-wife of music producer Russell Simmons.

They set a wedding date before Leissner finalised a divorce from another woman, so he forged divorce documents – the second time he had pulled such a stunt, he said.

Leissner, 52, said he hoped coming clean would ‘clear this chapter of my life’.

‘It’s not the proudest time of my life, but at the time I wanted to make more money, even though I was well-paid,’ Leissner testified.

Prosecutors say nearly £3.5billion of that was embezzled by officials, bankers and their associates, in one of the biggest scandals in Wall Street history.

Leissner said he and Ng, Goldman’s top banker for Malaysia, secretly liaised with conspirators outside Goldman, and received kickbacks.

Ng’s lawyer, Marc Agnifilo, argues that Leissner is falsely implicating Ng to lower his own sentence. Prosecutors say Leissner’s assertions are backed by other evidence.