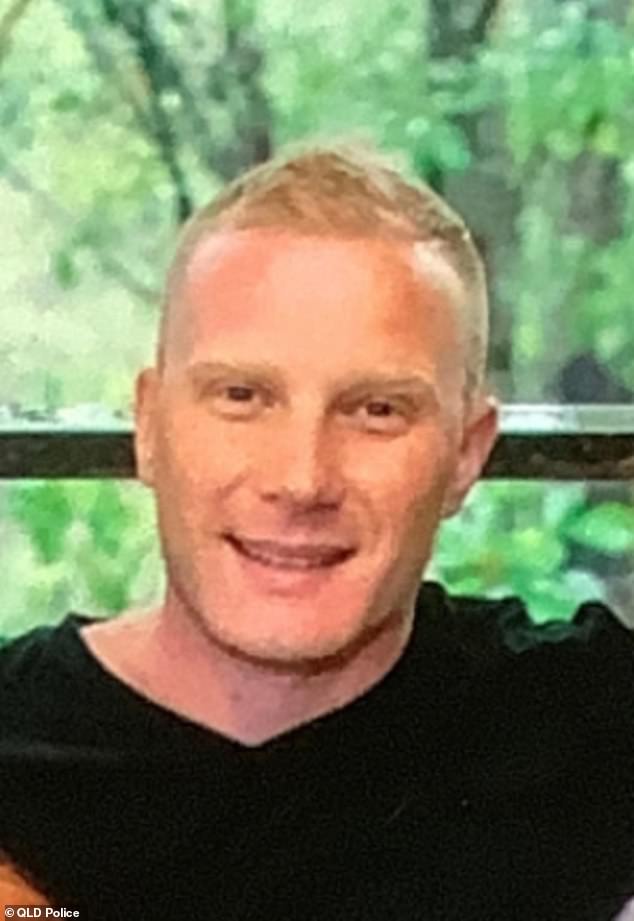 A man has been arrested allegedly trying to flee Australia after the remains of a missing man were found at a transport depot.

Police made the breakthrough after missing man Andrew Walsh’s remains were found encased in concrete during a three week crime scene examination of a Cooper Plains transport depot in Brisbane’s south.

Detectives began investigating the 35-year-old’s disappearance as a suspected homicide after they descended on the depot in relation to another missing man Lachlan Griffiths, also 35, whose body hasn’t been found.

A man, 27,  was apprehended by Australian Federal Police at Sydney International Airport on Wednesday.

Police will apply for the man to be extradited to Queensland on Thursday.

‘An extensive excavation was undertaken, which resulted in the recovery of Andrew Walsh’s body,’ Detective Acting Inspector Chris Knight said.

‘An area of the workshop was excavated and there was a large amount of concrete that was drilled and excavated. It was encased in concrete.’

‘Police have a short time ago returned to the crime scene at Coopers Plains and we intend to conduct further targeted forensic examination overnight tonight.’

Mr Walsh was reported missing in January but was last seen alive on November 7.

The search for Mr Griffiths’ remains continues. He was last seen at a hotel in the Brisbane’s CBD on January 17 and was reported missing to police by his mother a week later.

Police have previously said Mr Walsh and Mr Griffiths were ‘mixing within the same circles of people’ but were unsure if the pair directly knew each other.

‘Despite these developments, detectives continue to appeal to members of the public or anybody in the community that may have information into either of these investigations, please come forward,’ Det Insp Knight said.

‘Our thoughts go out to … the families of our victims.’