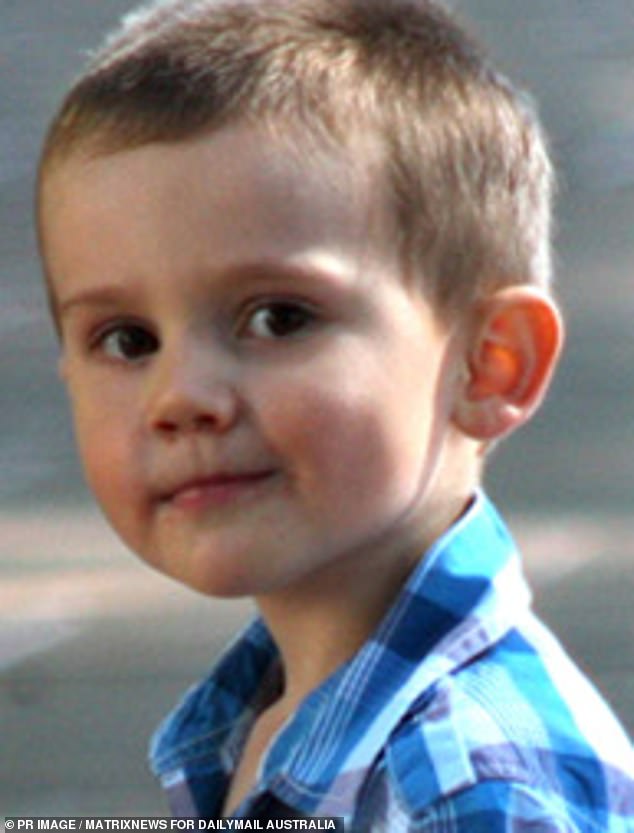 The former foster father of missing toddler William Tyrrell has been charged with giving false or misleading evidence to the NSW Crime Commission.

The two charges were revealed on Wednesday following a revision of non-publication orders surrounding the case.

The foster father has entered pleas of not guilty to both charges.

The case has been subject to strict suppression orders but these were varied on Wednesday morning in Sydney’s Downing Centre Local Court.

The foster mother, 56, and foster father, 54, were charged in November 2021 in relation to the alleged assault of a child who is not William Tyrrell.

Both foster parents – whose identities are suppressed for legal reasons – have pleaded not guilty, and have indicated they may apply to have the matter heard under the Mental Health Act.

The foster father of missing toddler William Tyrrell (above) has been charged with giving false or misleading evidence to the NSW Crime Commission.

William Tyrrell was fostered by the 54-year-old man (above) and his wife, 56, at the time the toddler vanished, aged 3, from Kendall and has never been seen again

Last month, William’s foster mother was charged with another count of common assault, which also does not relate to William, and her lawyer has indicated she will plead not guilty.

The couple were foster parents to the three-year-old when he disappeared from his foster grandmother’s house in the NSW Mid North Coast town of Kendall, in September 2014.

Before a new search for William’s remains at Kendall last November, NSW police revealed the foster mother was being treated as a person of interest in William’s case.

William Tyrrell’s foster mother (above) was charged with a second count of common assault last month relating to a child who was not William, and her lawyer has indicated she will plead not guilty

The foster mother denied any involvement in William’s disappearance and no charges have ever been laid against any person.

Police, SES and rural fire workers along with detectives from Strike Force Rosann spent four weeks late last year digging up a section of forest less than a kilometre from the house where William vanished.

Combing bushland and digging with excavators, police searched along Batar Creek Road, Kendall for William’s remains and scraps from the SpiderMan suit he was last seen wearing.

Police said William’s foster mother was seen driving along the road on the morning the boy vanished.