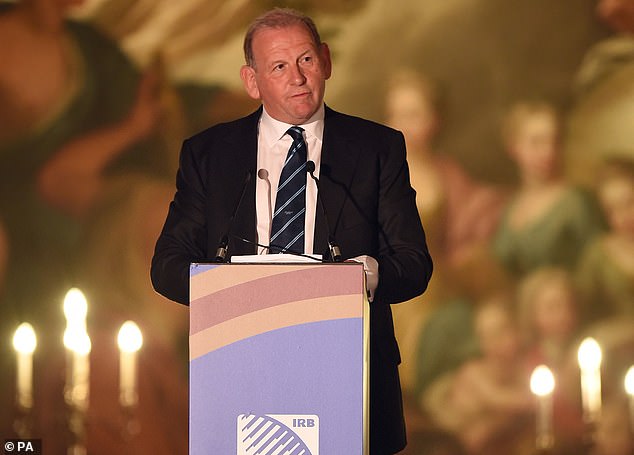 Stepping onto the board from July, Mr Cosslett succeeds Sir Peter Bazalgette and will remain chair of the board at Kingfisher.

The incoming board member will take up his role as non-executive chair when Mr Bazalgette steps down at the end of September after six years in the position.

ITV boss Carolyn McCall said in a statement: ‘ITV is very grateful to Baz for the role he has played as our chair as we have transformed the company into the much stronger, more flexible and digitally scaled business it is today.’

She added: ‘He will be greatly missed by the entire business.

‘The next few years will be exciting for ITV as we launch ITVX and continue to deliver our digital acceleration.

‘I’m really pleased that Andrew, with his huge wealth of experience, will be with us as chair as we continue to grow and deliver on our ambition.’

Mr Bazalgette, also a non-executive director of YouGov, was formerly the chief creative officer at TV company Endemol until 2007 – and is best known as the man behind Big Brother in the UK.

Mr Cosslett is the former chief executive of InterContinental Hotels Group and the former chair of the Rugby Football Union, the governing body for rugby in England.

ITV is set to launch a new on-demand platform called ITVX in a bid to boost revenue from its digital operations.

The broadcaster, which wants to double its digital revenue by 2026, plans to launch the platform in the fourth quarter of this year.

The platform will offer viewers digital-first shows, weekly premieres and over 15,000 hours of content at launch.

However, markets were not impressed by the broadcaster’s new digital proposition last week as its share price plummeted in the wake of the announcement.

ITV reported a 48 per cent surge in pre-tax profits to £480million last year, with operating profits up 46 per cent to £519million.

The group saw total advertising revenues surge 24 per cent to £2billion, which is the highest in its history. It said that demand from advertisers had remained strong so far this year.

It expects advertising revenues to rise by around 16 per cent in the first quarter, but for the following three months to be affected by tough advertising comparatives and the Euros from June.

ITV is looking to boost its digital revenues to at least £750million within four years, with the group also pledging to increase digital content investment, spending £20million, and £160million next year for ITVX.