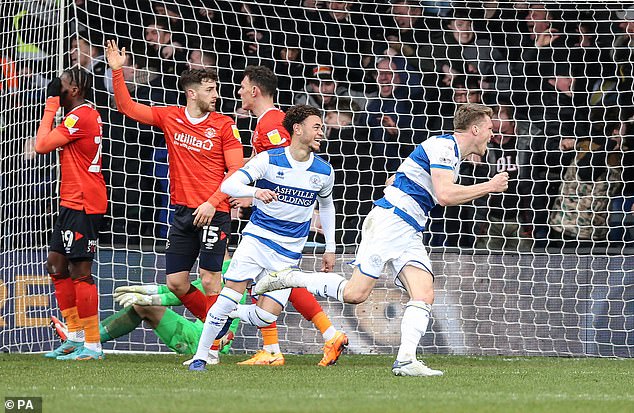 Luton 1-2 QPR: Rob Dickie nets a late winner as Mark Warburton’s side come from behind to lift themselves into the Championship play-off places

QPR overcame a first half deficit to beat Luton 2-1 at Kenilworth Road on Sunday to move into the top six in the Championship.

The hosts dominated the first half, but took the lead in controversial fashion in the 37th minute when Jordan Clark’s handball in the build-up went unnoticed and allowed Cameron Jerome to unleash a shot from the edge of the area that squirmed under the grasp of David Marshall.

QPR hit back after the interval, though, with Andre Gray earning and scoring a penalty to put them back on level terms, before Rob Dickie flicked home a corner seven minutes from time to hand his side all three points.