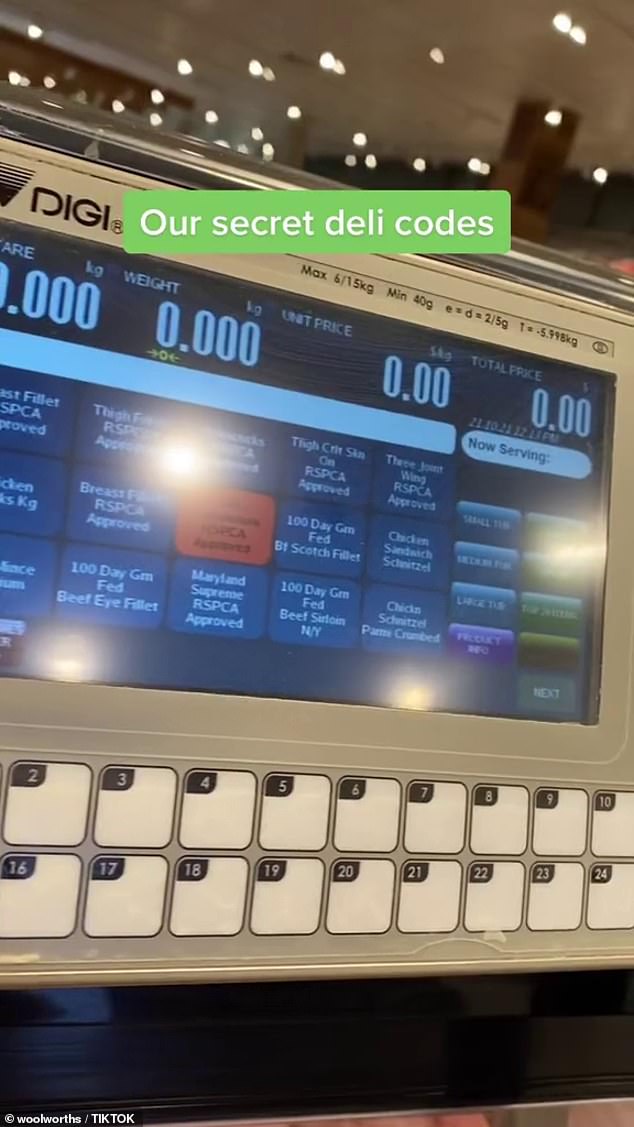 Woolworths employee spills behind-the-scenes secret at the deli counter: ‘There are hidden codes for every item’

A Woolworths employee has shared a behind the scenes secret from their butcher and deli counters.

In a video posted to the supermarket’s TikTok page, the Woolies worker revealed staff work out how much a product is by looking at a hidden code on the back of each price tag.

The code is typed into the scales before weighing each specific item and the machine generates the price so the workers don’t have to memorise how much each product costs per kilogram.

‘Here is a little behind the scenes at Woolworths – at out delis and butchers this is how we figure out the prices of your products,’ the employee said.

‘At the back of each of the cards that display the price, there’s a little code that we type into our machine here, put the product on top and we weight and then we wrap it up and it’s good to go.’

‘Who else was today years old when they worked this out?’ the supermarket giant captioned the clip.

Some Woolies employees responded to the store spilling the beans on their little-known secret and a few customers were surprised to learn about the hack.

‘I thought you guys just guessed everything,’ one shopper said.

‘The fact that I work at Woolies and never knew this,’ second wrote.

‘Deli worker here! You can’t tell everyone our secrets,’ a worker joked.

‘I was telling everyone I had a super fantastic memory for years and they believed me!’ another revealed.