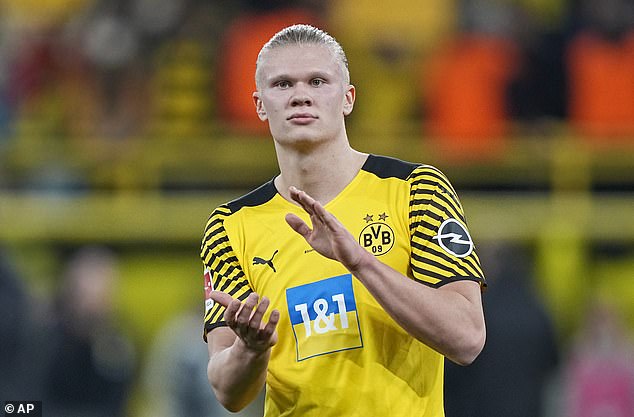 Barcelona were dealt a huge blow in their bid to beat Manchester City to the signing of Erling Haaland this summer, after La Liga announced new spending limits for Spain’s 20 top-flight clubs.

Barça have been told that their current spending on the squad is £121million (€144m) over the permitted limit they can only spend if they generate four times as much via sales and savings.

La Liga announced squad-spending limits for all 20 clubs on Monday and Barcelona’s balance is now minus €144m.

Article 100 of La Liga’s financial fair play rules allows clubs with a negative spending limit to apply a 1:4 ratio to their financial transactions. That means they can spend a €1 if they generate €4.

Or it could come from a new sponsorship deal such as the long mooted stadium naming rights deal with Spotify. Or by making a deal with CVC, the investment fund that struck a deal with all La Liga clubs apart from Barcelona and Real Madrid at the start of the season.

Barcelona’s situation could improve if such deals with Spotify or CVC are confirmed but La Liga warned that accepting CVC would release around £38m (€45m) to be spent on the squad. That would still leave Barcelona at minus £83m (€99m)  and needing to lean on article 100 to bring in players.

Barcelona’s plight will also affect their ability to sign Adama Traore permanently. The player is valued at around £25m (€30m)  and will not be viewed as a priority this summer unless Barcelona can reach an agreement with Wolves who currently have Francisco Trincao on loan from Barcelona.

Squad spend limits are calculated by working out the difference between projected income and projected outgoings according to numbers provided by the clubs themselves as well as from La Liga and Uefa.

But losses in previous seasons are also factored into the equation and this is where Barcelona continue to suffer despite losing top earner Lionel Messi from the wage bill last summer.

SPENDING LIMITS FOR SQUADS IN LALIGA