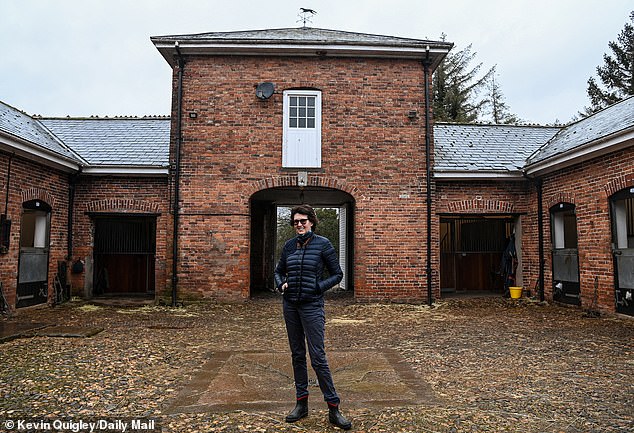 Venetia Williams might be an excellent trainer of racehorses but when it comes to shouting about her successes from rooftops she is relegation fodder.

The most successful female trainer in the history of jump racing with almost 1,600 winners including a Grand National to her name will head into next week’s Cheltenham Festival with a clutch of hopes headed by exciting novice chaser L’Homme Presse and Gold Cup contender Royal Pagaille.

But don’t expect her to gush about their chances, it is not in her nature.

At the end of last season a friend with a career in advertising but little interest in the sport told Williams she should be selling her business and successes better after she ran him through a statistical list of how well she had done.

That included finishing eighth in the British trainers champion despite having less horses than any other trainer in the top 20 and over a third of her runners finishing first or second.

The figures are looking even better this season which saw her win the prestigious Ladbrokes Trophy Chase at Newbury in November with Cloudy Glen.

With the big Spring Festivals still to come, Williams currently lies fifth in the trainer’s championship with almost £1.2million prizemoney, only the third time she has reach seven-figures in a career which started in the 1995/96 season.

With a gold medal for playing down her achievements, Williams is trying and now posts news of her Herefordshire stable’s achievements on Instagram but gives the impression self-publicity on Social Media has taken some getting used to.

‘We can all come up with statistics which make us look good and this season it is a bit stronger, at the moment,’ Williams said.

‘When we were younger and at school it was ‘Nobody likes a show-off’. That was how we were brought up but we are now in the modern age of Instagram and Facebook.

‘If you tell an American ”I am rubbish at that”, they say ”oh really” and believe you. Whereas what you are really saying is I am not that good at that but I am not that bad either.

The most successful female trainer in the history of jump racing has had almost 1,600 winners

‘Nowadays if you say you are brilliant, everyone will believe you.’

Brilliant is an adjective some have been tempted to use when talking about L’Homme Presse, who has won five of his six races and all four over jumps displaying a natural technique as he had risen rapidly through the grades since joining Williams.

A first novice chase win came in a handicap at Exeter in December and his last was a facile victory in the Scilly Isles Novices’ Chase at Sandown last month, a first grade one winner for Williams since Golden Goal won the same race 20 years earlier.

The achievements are particularly laudable given L’Homme Presse had a tendon injury when owner Andy Edwards, who has now sold shares in the gelding to both Williams and her long-time supporters Peter and Pat Pink, bought him in France which kept him off the track for 773 days.

Williams said: ‘He had shown some promise in a couple of placed runs over hurdles in France.

‘Andy gave him time and did what the horse needed for his R&R with the tendon. People keep asking me if I knew he would end up a Cheltenham horse but you don’t think that, only that he would be a much better chaser than hurdler.’

L’Homme Presse has an entry in the two and a half mile Turners Novices’ Chase next week but looks more likely to step up to three miles for the first time to race in Wednesday’s Brown Advisory Novices’ Chase.

Characteristically Williams questions the strength of the Scilly Isles Chase form and reckons L’Homme Presse has ‘a lot more of his plate’ but she does think Royal Pagaille is better equipped for the Gold Cup than he was 12 months ago when he finished sixth to Minella Indo and was lame after the race.

Williams said: ‘He injured his hoof in last year’s Gold Cup and it took the best part of two months to heal.

‘It was self-inflicted, a horizontal cut an inch above ground level across the front of the hoof. My assumption he cracked it on the wooden take-off board at the bottom of the fence.

‘He was very lame in the unsaddling enclosure but whether it bothered him in the race I don’t know. He did clatter a few fences.’

Not since Williams had King George VI Chase winner Teeton Mill, grade one winning mare Lady Rebecca, useful chaser General Wolfe and Welsh National winner Jocks Cross at the end of the last century has there seemed to be such strength in depth in her string.

But realistic Williams feels the higher expectations make it tougher that last year’s Festival when she went seven horses, with the five that finished all picking up place prizemoney without winning.

Williams said: ‘When you have mainly handicappers you hope for a year like that and a winner or two but they are so hard to get.

‘With a number going into the grade one runners it is almost harder this year. We will hope for the best.’