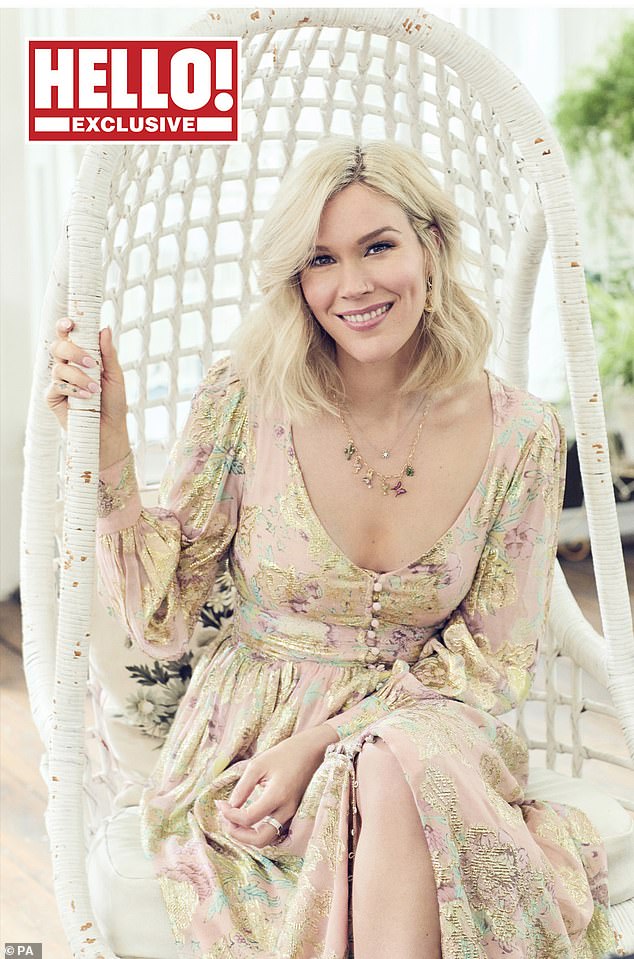 ‘I feel like everything’s OK now she’s here, like I haven’t failed at life’: Joss Stone says she’s happier than ever now she’s a mum as she reveals how she knew her boyfriend was the one

Joss Stone has opened up about her life as a new mum, falling in love with her boyfriend and moving back home to Devon.

The pair first met during a chance encounter at an airport in Belize, while Joss was on tour and Cody was working in private security.

Personal life: Joss Stone has opened up about her life as a new mum, falling in love with her boyfriend and moving back home to Devon in an interview with Hello!

Talking to Hello!, Joss admitted that it was love at first sight when she met Cody, saying: ‘I had a feeling when I saw him.’

‘I just thought, ‘Oh my goodness, that’s him,’ the star continued.

The pair went public via Joss’s Instagram in 2020, as Joss posted an ‘accent war’ with her American beau.

Joss also admitted during the candid interview that motherhood is ‘better than all the other things’, saying: ‘If you take all the jobs, travels and songs, just give me my baby and I’m fine’.

‘You can achieve so much in your job, making loads of money running a company, being Miss Impressive, but if having a family is your thing, everything else pales in comparison.’

The soul songstress appeared on ITV’s The Masked Singer while pregnant, disguised as a sausage.

She fended off competition from JLS star Aston Merrygold, who was disguised as Robin, and American singer Ne-Yo, who appeared as Badger – to take the crown.

Joss rose to fame back in late 2003 with her multi-platinum debut album, The Soul Sessions.

She confirmed that while she loves motherhood, she still loves her job too, sharing: ‘I’m the same person and it doesn’t stop me from doing things because I love my job and if I’m not being creative I can get a little bit moody.’

Mum-of-one: Joss admitted that ‘everything else pales in comparison’ to motherhood

Building roots: The singer is planning on moving to back to home-town Devon with her daughter and boyfriend

Read the full interview in Hello! Magazine, on sale now

‘But I love her way more and I just want to be with her. I feel like everything’s ok now she’s here – like I haven’t failed at life.’

As Joss, Cody and Violet settle into family life, the Super Duper Love singer is now planning on moving back to her hometown of Devon, admitting she wants to ‘make Sunday roasts with her family.’

She said: ‘I’m a very forward-thinking type of gal and plan everything 10 years in advance so I’ve been looking for houses in Devon’

‘I want to take Violet to school and then maybe write a song in the day or do a cooking show and then pick her up and make dinner. ‘

‘I want to put my apron on and make Sunday roasts for my family with my husband there,’ she concluded.