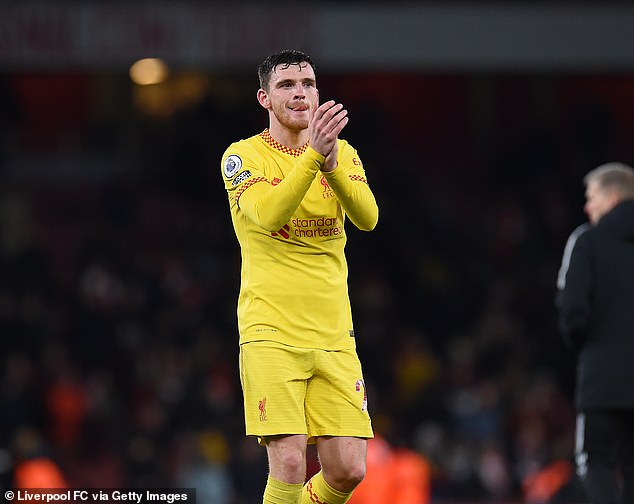 Second half strikes from Diogo Jota and Roberto Firmino saw Jurgen Klopp’s side secure a huge win to close the gap to Manchester City to just one point.

The Reds were made to work hard on the night with Arsenal’s young team causing them problems, particularly in the first half.

And Robertson was particularly impressed by the two wingers.

‘It was a really tough game. It was great to have a clean sheet.’

Saka and Martinelli have really progressed under Mikel Arteta this season and the latter really caught the eye against Jurgen Klopp’s team, drawing praise from fans, pundits and the Liverpool boss himself.

‘The boy Martinelli is such a talented boy, really tricky and if anybody says Trent (Alexander-Arnold) can’t defend they can come to me and I will knock them down because I cannot hear that anymore, I don’t know what the boy has to do!’